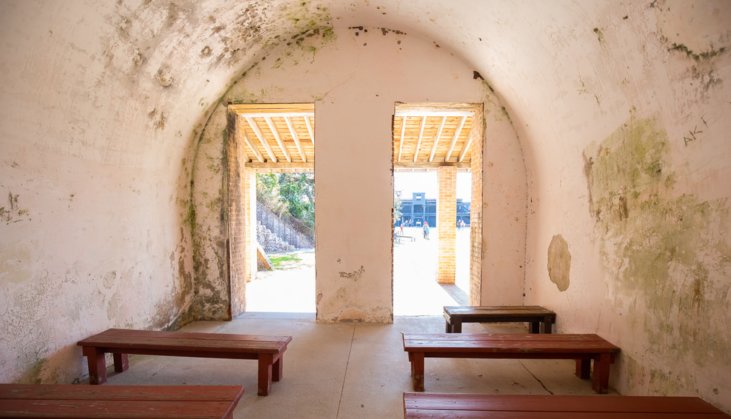 Pensacola Beach and greater Pensacola, in general, serve as the northwestern gateway to Florida and, as part of the Panhandle’s Emerald Coast, one of the Sunshine State’s most popular beach-going destinations.

Though the blazing white sands here are the best-known attraction, there’s plenty more to recommend the Pensacola Beach area. Here’s a bit of backstory and trivia to provide some context for your next visit to these celebrated Gulf shores!

Pensacola Beach lies to the south of Pensacola proper on Santa Rosa Island. At some 44 miles long, Santa Rosa Island is the longest barrier island along the coast of the Florida Panhandle. It’s separated from Perdido Key to the west by Pensacola Pass and from the Destin peninsula—which itself was once an island—to the east by East Pass. Most of the northern shore of Santa Rosa Island edges Santa Rosa Sound, which separates the island from the mainland and runs between Pensacola and Choctawhatchee bays as part of the Intracoastal Waterway.

Pensacola Beach lies within the stretch of coast protected in Gulf Islands National Seashore, one of the area’s top attractions for its beaches, its recreational and ecotourism opportunities, and some amazing history.

Besides the expansive beachfront (which we’ll get to), this coastal perch gives Pensacola Beach plenty of fabulous sunshine: an average of 220 days of it per year.

The Pensacola area is known for hosting the first Spanish settlement in the Lower 48. In 1559, Don Tristan de Luna and his fleet of 11 ships established a colony here, though it wasn’t fated to last long: A hurricane devastated the outpost shortly after it was established, and it was soon abandoned. Permanent Spanish reoccupation of Pensacola didn’t come for more than a century after that.

There’s a 10-foot concrete cross on Pensacola Beach commemorating the first Christian mass that was observed in what would become the U.S. as part of de Luna’s settlement.

Of course, the Spanish weren’t the original inhabitants of the Pensacola Beach area, which had hosted thousands of years of American Indian occupation, including by the Pensacola people whose name, originally as “Panzacola,” the Spaniards applied to the vicinity in the 1600s.

Because it swapped hands between the Spanish, the French, the British, the U.S., and, during the Civil War, the Confederacy, Pensacola’s known as “The City of Five Flags.”

Speaking of the Civil War, Pensacola Beach and its surroundings offer some of that terrible conflict’s most significant history in Florida. Shots fired by U.S. troops at Fort Barrancas on Pensacola Bay to repel a Florida militia on January 8, 1861 are sometimes considered the very first of the war. The U.S. forces ultimately chose to abandon Fort Barrancas for the more secure position of Fort Pickens across the water on the west side of Santa Rosa Island, within shouting distance of Pensacola Beach. The Union managed to retain control of Fort Pickens throughout the war, including during the failed Confederate assault on it during the October 1861 Battle of Santa Rosa Island.

Fort Pickens, which served as an active military structure until World War II, is one of the main attractions of Gulf Islands National Seashore. Another fascinating nugget of its history is that it housed as captive the great Apache warrior Geromino in 1886 and 1887, after his surrender to the U.S. Army in Arizona’s Skeleton Canyon.

The first Naval Air Station in the United States was established on the grounds of the decommissioned Pensacola Navy Yard back in 1914. Naval Air Station Pensacola is famous as the home of the Blue Angels, the U.S. Navy’s elite Flight Demonstration Squadron whose practice flights and shows are one of the area’s premier spectacles. Another major draw of NAS Pensacola is the National Naval Aviation Museum: the biggest museum dedicated to naval aviation in the world!

Pensacola Beach has been regularly ranked among the best beaches in the country, including by the well-known expert “Dr. Beach” (aka Florida International University geoscientist Stephen Parker Leatherman) who issues annual rankings of the country’s finest beachfronts. The world-famous white sands of the Emerald Coast get their snowy hue from quartz minerals eroded from the Appalachian Mountains and drained by rivers into the Gulf of Mexico.

Besides the great swimming and lounging, the sands of Pensacola Beach also offer front-row seats for some of the best sunsets anywhere.

Some of the best fishing in the U.S. goes down in Pensacola Beach’s backyard. Along with fantastic opportunities for casting in Santa Rosa Sound, Pensacola Bay, and other estuaries as well as on offshore fishing trips in the Gulf, you’ve got multiple excellent fishing piers to choose from. They include the 1,471-foot Pensacola Beach Pier, one of the longest on the Gulf coast, and the Fort Pickens Fishing Pier in that unit of the Gulf Islands National Seashore.

The Wide-Ranging Appeal of Pensacola Beach

Whether you’re a history buff, a beach bum, or a nature lover—and hey, maybe you’re all of the above—Pensacola Beach and its Emerald Coast neighborhood have plenty to offer!

Pensacola Beach Blog
A Look at the Top Restaurants in Downtown Pensacola
By Vicky Reddish on October 30th, 2020 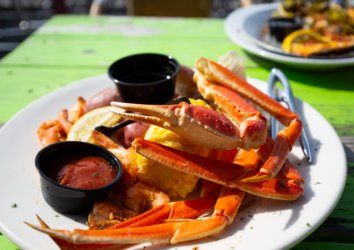 Blog
By Vicky Reddish on October 30th, 2020
A Look at the Top Restaurants in Downtown Pensacola

Blog
By Vicky Reddish on September 28th, 2020
Your Ultimate Guide to the Best Seafood in Pensacola Beach 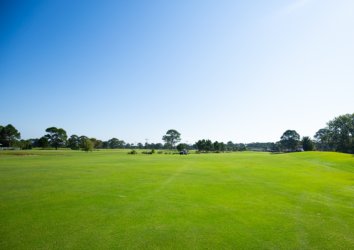 Blog
By Vicky Reddish on September 25th, 2020
Hit the Green at These Amazing Pensacola Golf Courses 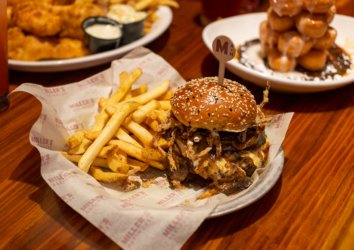