Site Navigation
#9 of 137 Pensacola Beach Things To Do

The National Naval Aviation Museum in Pensacola, Florida is a must-visit attraction. The combination of static displays, rides, movies, and more makes this a 2-3 hour activity. Visit on the right day and catch the world-famous Blue Angels practicing. What's better than all of this? It's free!

One of Florida’s most popular museums, the National Naval Aviation Museum pays homage to the Pensacola area’s military heritage, as well as its important role in aviation history. As the world’s largest naval museum, this Pensacola landmark is home to over 150 restored aircraft representing several branches of the military. The museum boasts over 350,000 square feet of exhibits and activities — and it’s surrounded by picturesque grounds spanning over 37 acres.

Before you plan your trip to the Naval Aviation Museum, it is critical that you understand the process for entering the Naval Air Station Pensacola — the United States Navy base that houses this and other key attractions. As an active military base, NAS Pensacola maintains strict regulations for entry, particularly among civilians. You’ll enter through a checkpoint at the West Gate, which is located a mile south of the Blue Angel Parkway and Sorrento Road intersection. Upon your arrival, you’ll be asked to furnish proper identification for all those age 18 or older. This can be a lengthy process.

In addition to carrying required identification for all adults in your party, you’ll want to check in advance that insurance and registration for your vehicle are up to date. Keep in mind that NAS Pensacola strictly enforces its 20 miles per hour speed limit and other driving rules.

Once you’ve made it past the checkpoint and parked in the vast lot, you’ll be greeted by a huge structure housing some of the world’s most impressive and historically significant aircraft. A few of these are on display in the gorgeous Blue Angels Atrium, which boasts a lovely collection of historic Blue Angels aircraft. The atrium connects the West and South Wings, which house a variety of exhibits worth exploring. Highlights include Japanese weaponry, a rotating beacon, a World War I ambulance, and a replica of the ‘Fat Man’ atomic bomb.

Visiting with children can be fun, but your mileage may vary. Many are enchanted by the aircraft on display, but quickly grow weary of the seemingly endless array of historic exhibits. Thankfully, the museum offers a vast play area known as the Kiddie Hawk. Mimicking the look of an aircraft carrier’s island, this interactive play area includes an intercom system, periscopes, and more.

If you grow hungry during your museum adventure, stop by the Cubi Bar Café for a snack. Both a dining establishment and an exhibit in its own right, this charming café is modeled after the famed Cubi Point Officers’ Club. From nachos to soup and salad combos, you’ll find plenty to satisfy your cravings as you take in a unique ambiance.

A few of our favorite activities and amenities at the museum include the following:

MaxFlight 360 Simulator
Get your thrills with the MaxFlight 360 Simulator, which harnesses the power of 360-degree pitch and roll technology to make you feel as if you’re actually airborne. The simulator provides the perfect opportunity for breaking up the day, particularly for children who are too old to hang out at the Kiddie Hawk play area.

Motion-Based Simulator
If you’re eager to keep the excitement going after experiencing the MaxFlight 360 Simulator, you’ll love the immersive environment of the museum’s motion-based simulator, which combines the visual and audio wonders of an HD movie with the motions of a typical indoor ride. During this experience, you and your fellow passengers will enjoy vertical climbs and horizontal rolls in a fully-enclosed capsule. Try your hand at high-performance maneuvers during the Blue Angels simulation, or experience battle in Iraq with a Desert Storm simulation.

Blue Angels 4D Experience
Gain a whole new perspective of the Blue Angels during this immersive show, which offers a multi-sensory experience that is sure to delight you and your loved ones. Unable to hit up NAS Pensacola during a Blue Angels practice? This show serves as the perfect substitute for an actual Blue Angels viewing.

Giant Screen Theater
If you don’t find the idea of motion-based simulation particularly enticing, you’ll probably prefer the beauty of 4K resolution from the comfort of your fully-grounded movie theater chair. The museum’s movies are plenty thrilling, however; from this 325-seat theater, you can experience the magic of flight, explore Jerusalem, or even launch into space.

Home Front U.S.A.
Capturing the feel of the home front during World War II, this exhibit recreates the entrance for Pensacola’s Isis Theater, as well as a general store and a wartime household. The moment you set foot in this exhibit, you’ll feel as if you’ve been transported via time machine to a different era.

Whether your ideal museum visit includes major thrills or quiet reflection on naval history, you’ll be impressed by the range of exhibits and activities available. Keep in mind that, while admission to the museum itself is free, a small charge is required to access the motion simulators and movies. You will quickly realize, however, that both the fees and the hassle of entry are worthwhile in exchange for the richness and breadth of the full Naval Aviation Museum experience.

Pensacola Lighthouse
Conveniently situated right across the street from the Naval Aviation Museum, the Pensacola Lighthouse is well worth a visit. Build some time into your NAS Pensacola adventure for this notable landmark, which offers one of the Emerald Coast’s best views.

The lighthouse’s current edition was constructed in 1859, although a previous structure was proposed in 1823 and built shortly thereafter. The original lighthouse was replaced due to concerns regarding blocked light, but the 1859 edition clearly appeased these worries.

Today, Pensacola’s beloved lighthouse remains a visually impressive structure — but also one imbued with history. It is listed on the National Register of Historic Places. With even a brief understanding of its history, however, you’ll be amazed that it still stands at all. The lighthouse survived not only the Civil War, but also an earthquake and multiple lightning strikes. Continued efforts to repoint the tower and replace the lens have allowed the lighthouse to continue inspiring locals and visitors alike.

Whether you’re intrigued by the lighthouse’s fascinating history or simply on the hunt for a good view, you’ll appreciate all this site has to offer. As with the Naval Aviation Museum, however, entry can be complicated. Like all visitors, you will need to enter NAS Pensacola through a security checkpoint. Entry through this checkpoint grants you access to both the Pensacola Lighthouse and the Naval Aviation Museum. Many people plan to visit both sites in the same day, but the scope of these attractions and the limited hours can make this difficult.

While some NAS Pensacola visitors simply observe the lighthouse from afar, many prefer to take the full tour, including a trip up to the top. Bring your Fitbit, because you are going to amass plenty of steps for the day. You’ll also need a quality pair of shoes; not only are flip-flops inadvisable, they’re banned outright.

While the trip to the top of the lighthouse may be the most memorable aspect of your visit, you’ll encounter plenty of other highlights along the way. The keeper’s house is a perennial favorite, as it offers an intriguing take on the work and daily life of the lighthouse’s hardworking attendants. If you visit at the right time, you might even be serenaded by lovely tunes from the Lighthouse Trio. Don’t forget to check out the gift shop, where you’ll find a variety of history books and a small collection of lighthouse-themed trinkets.

Blue Angels Viewing
If nothing else, NAS Pensacola is worth visiting for its Blue Angels viewing opportunities. As the Navy’s flight demonstration squadron, the Blue Angels perform a variety of acrobatic feats to showcase the sheer power of modern naval aviation.

Blue Angels practices occur during select weekdays at 11 am. If you stop by the Pensacola Lighthouse at the right time, you can skip the crowds and catch the best of the Blue Angels from a completely new perspective. Reservations for viewing Blue Angels weekday practices are available through the lighthouse’s official website.

The Pensacola Lighthouse version of the Blue Angels experience is decidedly more expensive than the bleacher seating available on the Museum Flight Line. That being said, you’ll quickly realize that the fee is more than worthwhile. At the lighthouse, you’ll enjoy a far more leisurely experience, complete with an unobstructed view. From takeoff to landing, you’ll be enthralled by every moment of the show. The breathtaking maneuvers of the Blue Angels are second only to the natural beauty of the coast.

In addition to viewing opportunities for regular practices, the lighthouse offers an excellent vantage point for the Blue Angels Homecoming Show in November. Space for the show may be filled months in advance, so plan ahead if you want the best possible view of this remarkable display. You’ll thank yourself for your foresight. Few visual spectacles compare to the Blue Angels at their best — as they definitely are during their annual Homecoming Show.

Insider Tips:
– As you plan your trip to NAS Pensacola, keep in mind that delays are common during high-traffic times. Build plenty of extra time into your trip to account for the lines that are likely to form at the checkpoint. Potential delays are especially worth considering if you’ve already made reservations for a lighthouse tour or a special event. If possible, plan to arrive as soon as the museum opens.
– Depending on your home state, you may be asked to provide proof of identity beyond your driver’s license. Defense Department locations such as NAS Pensacola refuse to accept licenses from Illinois, Missouri, or New Mexico. If you reside in one of these states, you’ll have better luck with a valid passport or Social Security card.

In addition to Blue Angels viewing, the Pensacola Lighthouse occasionally hosts special events, including a ghost hunt based on popular SciFi and Travel Channel shows. These events tend to fill up well in advance. Keep an eye on the website’s calendar and reserve your spot early if you’re determined to attend. 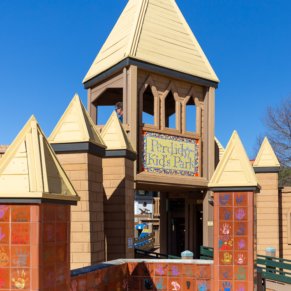 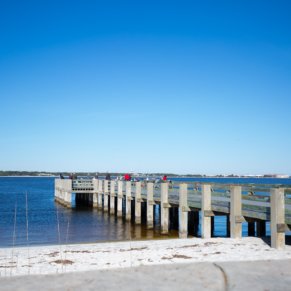