Along with trying some standout beers, Perfect Plain Brewing Co. is worth hitting up in downtown Pensacola for the vibe. Some beers are certainly better than others, but they all taste pretty darn good when you’re kicking back on the patio (maybe with your four-legged best friend) or playing a slightly tipsy round of Giant Jenga.

Perfect Plain Brewing Company is another of the top-quality craft brewers that make Pensacola such a fine place to visit for beer aficionados. Set along Garden Street—the historic northern border of this old city’s downtown—the place pours some tasty IPAs, sours, farmhouse-style ales, and other brews while offering a lively atmosphere spanning indoor and outdoor spaces.

Founded in 2017, the brewery has an industrial ambiance that nonetheless manages to feel plenty warm and cheery (especially after a sample or two of the product). Local artists, craftspeople, and suppliers contributed to the furnishings and decorations. The open-air indoor taproom shows off the machinery of the 10-barrel brewhouse, while outside you’ll find a pleasant patio as well as the cocktail bar of the City Garden. This is a dog-friendly joint, and also comes well-stocked with a variety of beer-friendly entertainment: from board games to cornhole and Giant Jenga. A regular fleet of food trucks parks at the brewery to contribute tasty eats.

(By the way, curious about name? It’s a historically rooted one: In 1821, Rachel Jackson, wife of future President Andrew Jackson [and onetime territorial governor of Florida], described Pensacola’s setting as a “perfect plain.”)

Now, what about the beer? Perfect Plain brews a nice range of styles, including plenty of exponents of fine European brewing traditions such as sours, saisons, and farmhouse ales. You’ll also likely find more than a few IPAs on offer, plus an impressive variety of dark beers, including several stouts.

Let’s take a closer look at some of the best suds coming out of those Perfect Plain Brewing Co. vats and taps:

Coco Gnar (Stout)
This chocolate stout gets a delicious flavor boost from coconut—toasted right at the brewery. A fine brew serving as a liquid dessert, as well.

Carrot Ginger Saison
Another of Perfect Plain’s most entrancingly flavorful beers, this one-of-a-kind Saison is made with fresh ginger and roasted carrots.

Swing by Perfect Plain Brewing Co. for some intriguing beers—including one of the best selections of sours and farmhouse-style ales on the Emerald Coast—plus an inviting, laidback vibe enjoyed by both local beer freaks and out-of-towners.

Insider Tips:
-Frustrated you can’t bring a glass bottle of craft beer to the beach in Pensacola? No worries: You can pick up a “crowler”—a 32-ounce can—of your favorite brew to go from Perfect Plain so you’re all set for some sand-between-your-toes sipping.
-Sometimes it can seem like there are as many dogs at Perfect Plain Brewing Co. as two-legged drinkers. If you have a dog phobia, be aware of the prevalence of pooches here, and if you’re own best friend, make sure he or she gets along well with other canines. 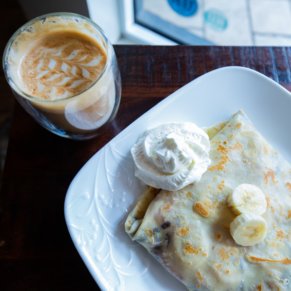 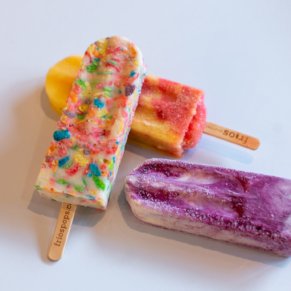