Sharky’s delivers the goods when it comes to consistent gulf seafood classics and a casual but lively beachfront atmosphere. Come for the wide variety of seafood and specialty drinks, and stay for the stunning views of the Gulf and great live music.

Sharky’s has been a staple on the Gulf of Mexico for seafood lovers for over 30 years, and it continues to attract a steady stream of locals and beachgoers who come back time and time again for the laid back beach bar atmosphere and excellent live music nightly during the season. The original founder of Sharky’s even worked as a lifeguard on these very shores when he was growing up in the area, so it’s no surprise that the restaurant has Panama City Beach History embedded in its bones, and it remains one of the quintessential beach bars on Florida’s beautiful Gulf Coast.

Seafood lovers will definitely want to know what’s on the menu at Sharky’s and they won’t be disappointed by the wide variety of takes on area classics, as well as some dishes that are influenced from around the globe. The selections are reminiscent of casual beach bar food, but the expansive menu truly has something for everyone. If you’re craving a southern classic you can go with the catfish and grits, topped with a rich tasso ham gravy. Oyster aficionados will appreciate the oysters on the half shell, but there are also several varieties of enticing baked oysters to try as well. Or if you’re more in the mood for global flavors, the mango Mahi salad or scallops St. Jacques might be more to your liking.

Don’t overlook the selection of cajun and creole dishes on the menu either, because even though Sharky’s is a way up the coast from New Orleans, real locals know that dishes like gumbo and PO’ boys are nearly as endemic to the Florida panhandle as they are to Louisiana.

Some other favorite items from the menu include:

Grouper Sandwich
There’s no doubt that grouper is the king of the Gulf of Mexico, and this sandwich gives you a choice of a fried, grilled, or blackened filet on a            grilled bun served with tangy tartar sauce.

The Original Beach Burger
Sometimes there’s nothing like a burger with a view of the ocean, and this version keeps it classic with a 1/2-lb. beef patty served with traditional accompaniments.

Key Lime Pie
No trip to the Florida coast is complete without a slice of key lime pie, and this version beautifully melds sweetness and tanginess for the best way to end a meal on the beach.

Sharky’s is a solid place to grab a casual beachfront meal, but the real star of the show is the atmosphere and the views. It’s situated directly on the beach facing the Gulf of Mexico and features plenty of covered and uncovered beachfront tables to provide the perfect backdrop. When the weather is nice, the beachfront tiki bar becomes the center of all the action, as guests mingle and sip on craft beers and specialty drinks such as the World Famous Shark Attack with multiple kinds of rum and blackberry brandy. And locals and visitors alike flock to Sharky’s because during spring and summer they host live music every single night of the week. If you crave casual beachfront food with amazing views and a lively atmosphere, Sharky’s should definitely be on your destination list for your next visit to Panama City Beach.

Insider Tips:
– If you’re looking to be seated in a specific area, such as one with a gulf view or near the stage, it’s best to get there early, especially on nights when there is live music. The prime tables fill up quickly during peak times.
– Also, check their website for times when they host a fantastic family karaoke night during the spring and summer seasons. 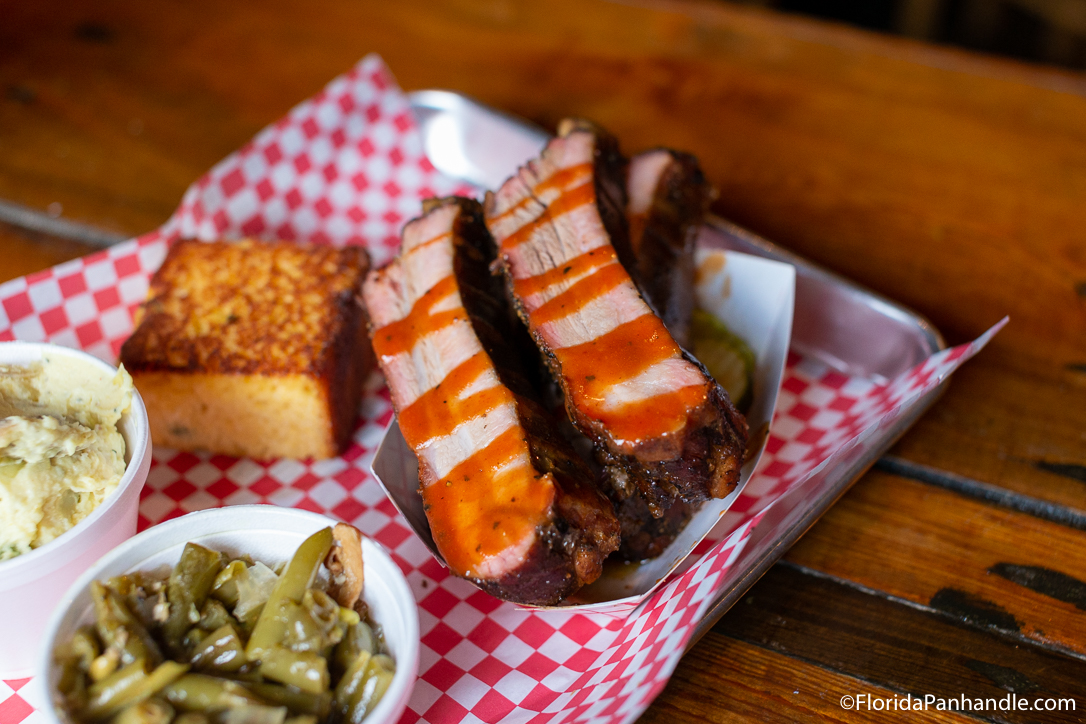 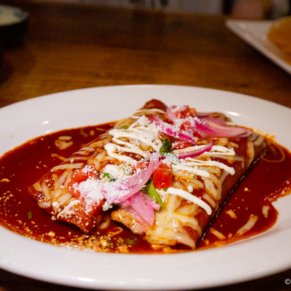