Site Navigation
#2 of 141 Pensacola Beach Things To Do

Johnson Beach at the Gulf Island National Seashore is a national treasure. Sugary white sands make you feel as though you’re in a new, unspoiled world and wildlife is all around.

A trip to Johnson Beach is like a trip through the history of the Southern United States. The indigenous people first inhabited the area, but during the age of exploration is was Europeans who planted their flags and called the area home. In fact, the Spanish, French, and British all developed the land along the north Gulf Seacoast. In 1819, Spain finally ceded its local territories to the U.S., an act that set the stage for a series of events that helped define American history.

Johnson Beach – like the rest of Gulf Island National Seashore – is rich in stories of intrigue and excitement. There was the time General Andrew Jackson and his forces took control of Pensacola and the way newly-minted U.S. citizens braved the Florida wilderness to make it their own.

Johnson Beach is worth your time for a number of reasons. We found ourselves in awe of the serene sandy beach and gorgeous emerald green Gulf waters (it’s easy to understand why this place meant so much to early settlers). While we would rate this as one of our more relaxing trips to Florida, we can also attest to the fact that there are things you can do in addition to relaxing on the beach.

Here are a few of our favorites:

Special Children’s Program
Although this program is designed for children who live in the area, it’s awesome enough that we wanted to make note of it. Children, ages 6-11, are invited to complete one (or many) Junior Ranger programs to earn a Junior Ranger’s badge.

It’s what they learn along the way that most impressed us. In addition to being immersed in local history and lore, kids learn about the myriad of wildlife that call the area home and get a close-up view of how animals survive, adapt, and propagate. It’s an experience they never going to forget and hopefully, one that will help them become better stewards of the land.

Outdoor Activities for All
The area around Johnson Beach is a paradise for amateur ornithologists (bird watchers). There are nearly 300 different species of birds that routinely spend time near the seashore, making a prime bird watching area. Even if you’re not into birds, the sheer variety is fairly breathtaking.

Charter a boat to capture a glimpse of dolphin’s frolicking in the water or to catch fish of your own. If you’re simply in the mood to relax, sit back and take in some rays. There’s nothing like a fresh sea breeze to renew your spirits.

Take advantage of one of the nearby camp sites to get a small sense of what it was like for early settlers, sleeping with the sound of the wilderness around them and smell of cook fires in the air.

Indoor Activities
We highly recommend that you head over to park headquarters where you can watch a 20-minute film about the area and look through exhibits about the Naval Live Oaks Area. We admit that it sounds dry, but the extra effort gives you a greater sense of the what the area has to offer.

It’s one thing to sit on the beach (and that is certainly the primary reason for visiting Johnson Beach). What we found fascinating about this trip was the opportunity to “feel” what it might have been like for those who were brave enough to settle the area, what they saw in the land that made them want to chuck it all and stay.

Insider Tips:
-Ask about hiking paths. The area is full of them, although most are hidden treasures.
-If you plan to be in town for a week, spring for a week long beach pass. You’ll save money.
-There are no restaurants within walking distance, so be sure to bring a cooler with food and drinks 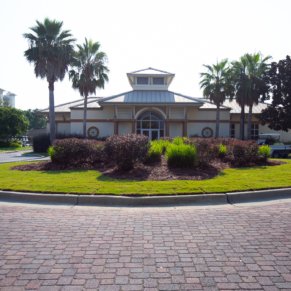 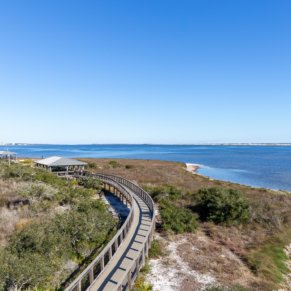 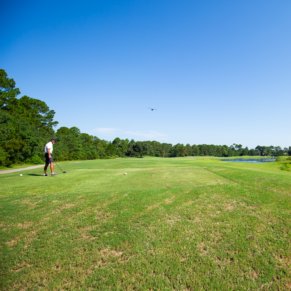