Iconic and exceedingly popular, The Fish House offers high-end food in a relaxed atmosphere. There's a good deal of selection on the menu, but the prices aren't exactly budget-friendly. Even so, you'll most likely have to wait for a table at this downtown Pensacola eatery.

There’s a reason why this downtown Pensacola fixture is so popular. The grits. They’re that good. Good enough to land the Fish House in the pages of Southern Living magazine, in Fodor’s travel guide and on culinary television shows including Bizarre Foods with Andrew Zimmern, Emeril’s Florida and American Pickers.

But the Fish House is much more than its signature grits dish. Its Southern fare and fresh seafood are worth waiting for. And since this waterfront restaurant is a perennial favorite among locals and tourists, you won’t be able to walk in and be seated immediately. Just step onto the Deck Bar that overlooks Pensacola Bay and sip on a cold glass of spiked Peach Tea while you wait.

The Fish House is one of the few restaurants that’s able to maintain a laid-back, relaxed vibe while serving dishes you would expect to find in a stuffy, higher-end restaurant. The menu selection offers a lot of variety, especially when it comes to seafood preparation. You can get your fresh catch or shrimp prepared in five ways:

The menu also includes sandwiches, salads, burgers, steaks and sushi. Lots and lots of traditional sushi rolls and sashimi are available as well. If you’re lucky enough to be in Pensacola on Sunday, stop by for brunch. You’ll want to try the Eggs Sardou along with bottomless mimosas.

Some of our favorites included:

World Famous Grits a Ya Ya
This is the dish that put The Fish House on the map. It’s the smoked gouda cheese that makes this dish really pop. Not that the perfectly seasoned jumbo Gulf shrimp hurt. The applewood-smoked bacon helps, too. It’s an iconic dish that you’ll want to enjoy again and again.

Jack Daniels Chicken Salad
It may seem odd to order a chicken salad at a seafood restaurant. But trust us on this one. What isn’t improved when it’s topped with candied pecans and brown-sugar poached pears? The flavors meld together perfectly with the bourbon-glazed chicken breast and herbed vinaigrette. Delicious and healthy-ish!

Crabbed-Stuff Mahi Mahi
There are just so many good things going on in this dish. Succulent fish, crusted with bacon and herbs, then stuffed with crab before being quickly seared to just the right flakiness. It’s served over a chayote squash hash and finished with chipotle rémoulad. It’s perfection on a plate!

Sesame-Seared Tuna
Along with sushi, The Fish House has a few Asian-inspired dishes on the menu. This is one of the best. The tuna is served over cilantro sticky rice and stir-fried vegetables and mushrooms. The ginger-soy reduction adds just the right amount of sweetness to the dish.

The Fish House has solidified its reputation by serving consistently good food in a casual atmosphere. Stop by to discover why so many people rave about this restaurant.

Insider Tip:
-The Deck Bar is a popular gathering spot among tourists and locals alike, even if they’re not eating at The Fish House. With 3,500 square feet of outdoor space, drink specials from 4-6 p.m. and live music every night, you’re certain to have a good time! 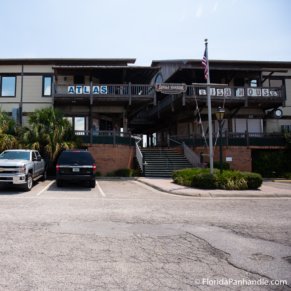 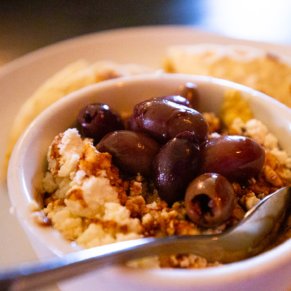 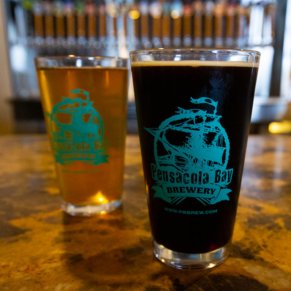 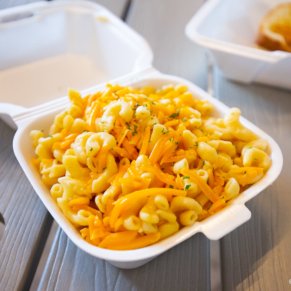