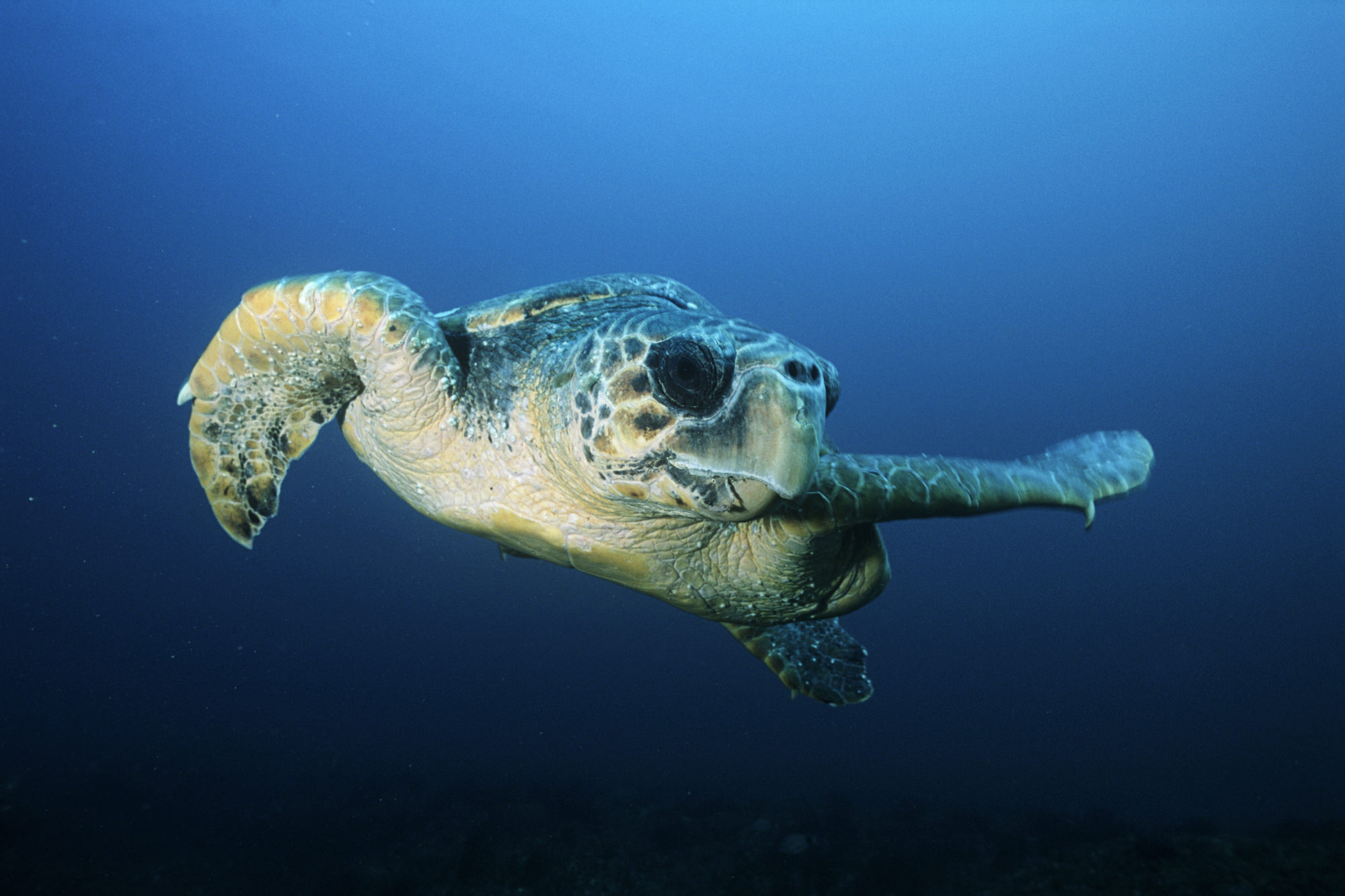 Florida is the best place in the continental U.S. to see sea turtles in the wild. About 90 percent or so of the sea turtle nesting going down in the country takes place in the Sunshine State. And Pensacola Beach, like the rest of the Emerald Coast, gives you plenty of opportunities to spot these incredible marine reptiles.

Let’s take a closer look at sea turtles off our sugar-sand shores!

Species of Sea Turtles Found in the Pensacola Beach Area

The Gulf of Mexico hosts five of the world’s seven species of sea turtles. Not all are equally common off the Emerald Coast—and not all actually nest here—but there’s at least a chance you could spot any one of them. It’s worth noting that all five of these sea turtles are listed as either endangered or threatened under the U.S. Endangered Species Act.

The loggerhead is the most abundant sea turtle off Pensacola Beach-area shores, and indeed in Florida in general. It’s named for its large head armed with massive jaws. This is a good-sized turtle all around, with average weights approaching 300 pounds and a shell commonly three feet long. The loggerhead employs those formidable chompers to feed on such hard-shelled prey as crabs and clams.

Loggerheads are the primary sea turtles nesting on the region’s beaches.

The green turtle grows a bit larger than the loggerhead—it’s actually the second-largest of the sea turtles—but it’s a more slender-looking species with a proportionately small head. Greens are unique among sea turtles in their herbivorous habits: They’re mainly vegetarians, munching seagrasses and algae. Their name derives not from the color of their hide or shell but that of their fat, traditionally a prized food source. Green turtles have also historically been harvested for their shells and skins. The Gulf of Mexico and the Caribbean supported major green-turtle fisheries back in the day.

Green turtles nest in small numbers along the Emerald Coast, and forage in coastal waters.

This species is the largest of all sea turtles, capable of weighing as much as a ton and spanning as much as 10 feet in length. (These hefty proportions also make them the biggest truly marine reptile around today. A couple of crocodile species that use marine habitats—the saltwater croc of the Indo-Pacific and the American croc, which reaches the northern limit of its range in South Florida—can grow bigger yet, but they’re not exclusively seagoing reptiles.)

Leatherbacks look quite different from other sea turtles. They have rough skin grooved into ridges in places of a hard shell—hence their name. And they don’t have claws on their flippers, unlike their relatives. They’re basically the most specialized for oceanic living among the clan, and they’re the deepest divers: They may forage 3,000 feet or more below the surface.

Leatherback sea turtles prey heavily on jellyfish (such as sea nettles and moon jellies), including off the Florida Panhandle. They also nest to a minor degree along this coast.

The Kemp’s ridley is the smallest and the rarest of all sea turtles, with a population of nesting females that’s been estimated at less than 1,000. (Its close relative, the olive ridley sea turtle, is, meanwhile, the most abundant species.) The vast majority of Kemp’s ridley turtles nest at Rancho Nuevo on Mexico’s Gulf coast, but some nesting has been recorded on the Florida Panhandle.

While the Kemp’s ridley is rarer, the hawksbill is probably the least likely sea turtle to see around Pensacola Beach. It’s primarily a tropical species, and more abundant down around the Florida Keys and off the southeastern Atlantic coast. It sports a strikingly beautiful shell and a sharp beak reminiscent (yes) of a hawk’s.

Upon reaching full maturity, female sea turtles return to the same beaches where they hatched to lay their own eggs. (Male sea turtles spend their whole lives in the ocean for the most part. Adult green turtles of both sexes, however, have been known to haul out on beaches to bask in the Hawaiian Islands.) This nesting event usually takes place at night, though Kemp’s ridley turtles often come ashore to dig nests during the day.

After a few months of incubation, baby sea turtles hatch from clutches that may be as large as 150 eggs. They dig their way out of the sand, then make a perilous dash for the surf—here again, often a nighttime operation. On the Emerald Coast, raccoons, foxes, ghost crabs, and birds are common predators of these defenseless hatchlings, close to 90 percent of which often never make it to the water. Those that do face predation from a variety of predatory fish. (Adult sea turtles mainly have to worry only about large sharks such as tiger and bull sharks, though American alligators have also been known to occasionally prey on them.)

Witnessing sea turtle nesting or hatchling runs around Pensacola Beach is an incredible experience. You can learn a lot more about the nesting process in this FloridaPanhandle.com guide!

Where to See Sea Turtles Around Pensacola Beach

Numerous sandy beaches on the Emerald Coast serve as nesting sites for loggerheads (and, to a lesser extent, other Gulf of Mexico sea turtles). Those include the protected beachfronts of the Gulf Islands National Seashore.

Nesting turtles or hatchlings may be seen along our seashore between May and September. The best way to see this phenomenon without unduly disturbing nesting females or baby turtles is on a guided walk with a conservation group, or by volunteering at Gulf Islands National Seashore as a citizen scientist.

A fantastic choice to learn more about local sea turtles and marine ecology is the Navarre Beach Sea Turtle Conservation Center. Along with a host of fascinating educational exhibits, you’ll also get to see Sweet Pea, the center’s ambassador-in-residence. She’s a green sea turtle found tangled in fishing line on Ono Island, Alabama in 2016, suffering from serious injuries to her flippers and a damaged shell. Reared back to good health, she can’t be released back into the wild, so calls the center’s 15,000-gallon saltwater pool her permanent home.

Sea turtles are precious members of our local marine ecosystems, and they’ve suffered extensive degradation of habitat, including in terms of nesting beaches. Every visitor visiting Pensacola Beach’s marvelous beachfronts in the summer should be aware of proper sea turtle etiquette, including boaters using the nearshore waters. Be sure to check out our FloridaPanhandle.com guide for more information on keeping your distance from nesting females and other fundamentals of being a good neighbor to sea turtles! 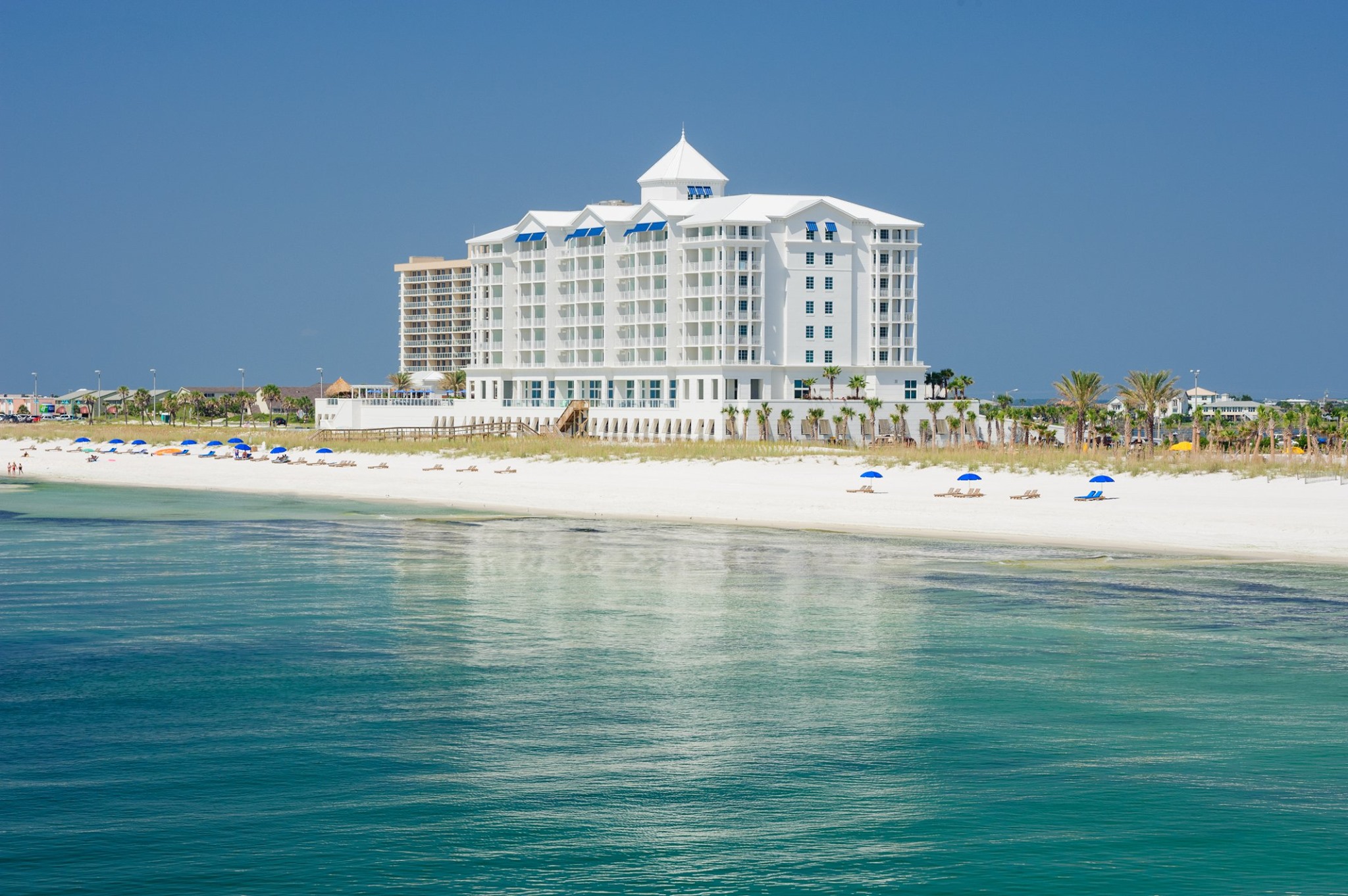 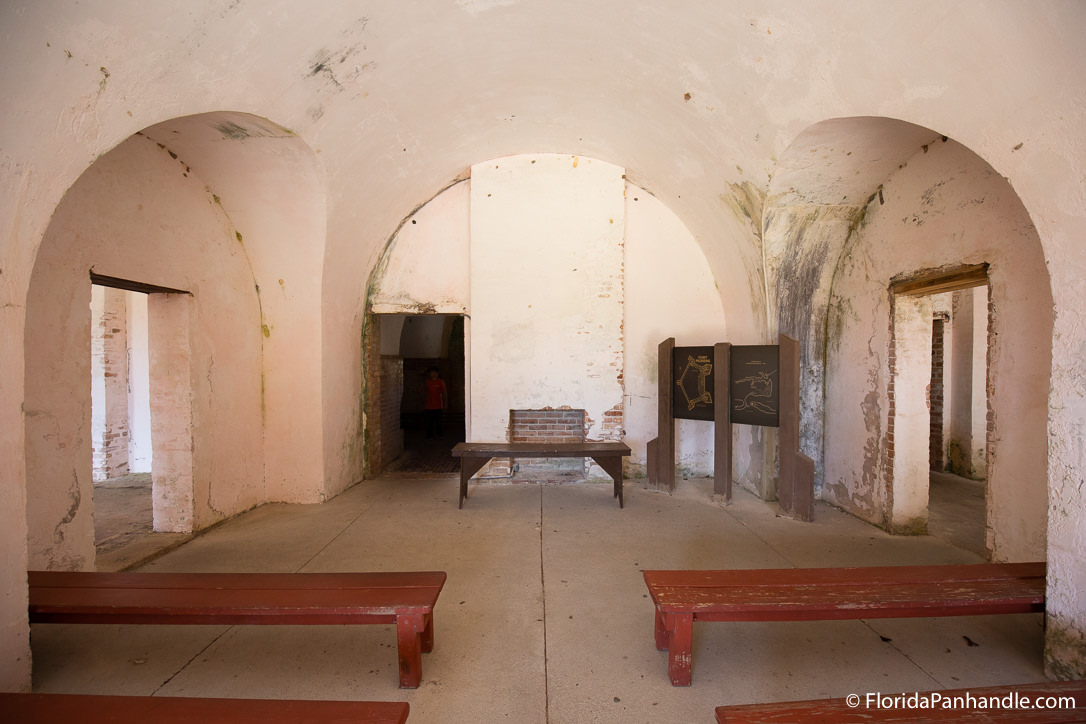 Top 10 Things to Do in Pensacola Beach on a Rainy Day
March 26th, 2019 by David Angotti 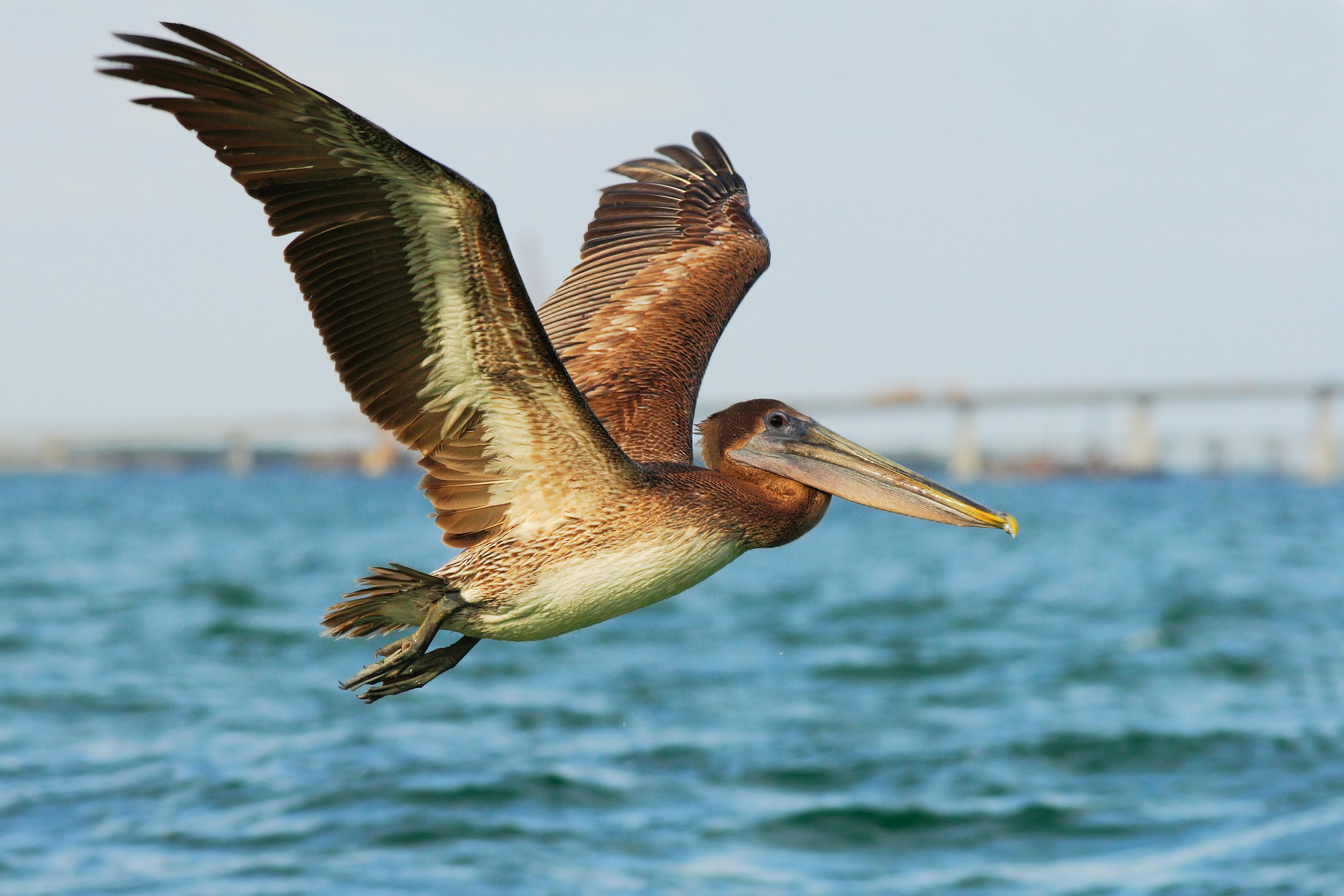