Site Navigation
#11 of 157 Panama City Beach Things To Do

An oasis of delicious quiet close by the crowded sands of Panama City Beach, Shell Island offers undeveloped beaches and dunes, plentiful wildlife, and extensive walking, fishing, snorkeling, and boating opportunities amid its 700 natural acres. Lacking facilities, this barrier island/peninsula draws those seeking a glimpse of the Emerald Coast in its old, untouched form.

Stretching some seven miles between St. Andrews Bay and the Gulf of Mexico, Shell Island gives you a marvelous taste of what an undeveloped Emerald Coast barrier island looks, smells, and sounds like. Shell island is actually a peninsula, given the island’s former eastern outlet, East or Old Pass, has filled in. Before the Gulf-Bay Pass was dredged in the 1930s, Shell Island was also connected to the mainland as the Lands End Peninsula.

Shell Island comprises a precious stretch of sugary sand, wild dunes, pinewoods, and coastal thicket within shouting distance of Panama City Beach, and serves as a great destination for nature lovers, outdoorspeople, and anyone craving a more peaceful and laidbackday on the seashore than what the more developed and more bustling mainland can provide.

You can reach Shell Island via your own craft, by renting a pontoon boat at St. Andrews State Park, or by riding over on the Shell Island Shuttle or the PCB Shell Island Express Ferry.

From its surf-kissed beaches and sea-oats dunes to an interior lake, Shell Island preserves an impressive mosaic of coastal habitat. Wildlife is abundant and frequently seen, from the ghost crabs, plovers, and skimmers of the strand to the white-tailed deer back in the brush and pines. Both seabirds and sea turtles take advantage of Shell Island’s primitive shores for nesting. On the boat ride over to the barrier island, meanwhile, it’s not at all uncommon to spot bottlenose dolphins doing their exuberant thing in the nearshore waters.

Besides wildlife-watching, popular activities on Shell Island include swimming, snorkeling, picnicking, and beachcombing—there are indeed seashells to be found here, although some of the more accessible beaches may be fairly picked-over. (You can bring home shells as souvenirs, as long as no critters are calling them home.) Fishing opportunities are ample on both the Gulf and bay sides of the island. Truly getting a sense for the island—and seeking out the most elbow room—will require some walking, but a beach-hike here is liable to rank high among your Emerald Coast memories.

Don’t expect restrooms, concessions, or shaded picnic areas on Shell Island: This refuge lacks facilities, which is part of the charm. Bring what you need—including food, water, and sun protection—and don’t leave anything behind except for those happy surfside footprints of yours.

Insider Tip:
-If you’re visiting Panama City Beach during the fall-to-spring off-season, call ahead with the shuttle companies to find out their schedule: Shuttle service to Shell Island is reduced outside the summer, when it runs each and every day. 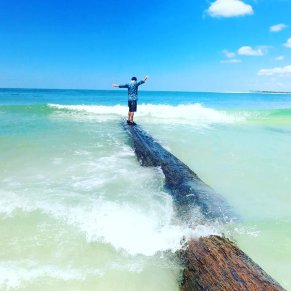 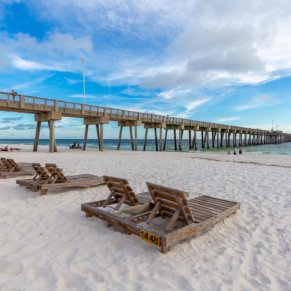 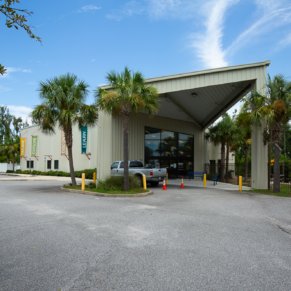