Site Navigation
#45 of 156 Panama City Beach Things To Do

An iconic name among Florida's surfing community, the Ron John Surf Shop in Panama City Beach has a much smaller footprint that the flagship Cocoa Beach store. But you can still find branded apparel, surfboards and accessories, souvenirs and beach gear. It can get crowded in the peak tourist season, especially since this location is nestled among the massive Pier Park shopping and entertainment complex.

Ron Jon Surf Shops have been synonymous with the East Coast’s surf community since the first store opened in 1959. Today, the brand operates more than a dozen shops in multiple beach destinations, giving the casual beachgoer the chance to pick up a t-shirt or hat emblazoned with the Ron Jon logo. In fact, many vacationers make it a point to stop in a Ron Jon shop annually for a new t-shirt, even if they’ve never actually touched a surfboard. Perhaps wearing the black, white and red crossed surfboard logo helps them remember those sunny Florida beach days during the dark, cold days of winter? Whatever the appeal, the Ron Jon Surf shop in Panama City draws shoppers from far and wide who snatch up lifestyle apparel.

The brand’s logo has remained largely unchanged since its early days. Ron DiMenna founded Ron Jon almost by accident. Fascinated with the West Coast’s surfing culture, he decided to order a custom fiberglass surfboard from California. At his dad’s suggestion, Ron order three, selling two at a profit. That catapulted him into the retail world. For a couple of years, Ron sold surfboards from a tiny shop in Long Beach, New Jersey. In 1961, he headed to Florida where he helped establish Cocoa Beach as a surfing destination.

While Ron Jon Shops started in New Jersey, the largest location is in Cocoa Beach on Florida’s Atlantic Coast. In fact, it’s touted as the largest surf shop in the world. The Panama City Beach location pales in comparison. You won’t find as wide a selection of goods and much of the Ron Jon merchandise that’s available also includes the words “Panama City Beach.” Some shoppers aren’t a fan of the location-specific gear. The Panama City Beach shop also has surfing and bodyboarding gear, stickers,  Hawaiian shirts, and other resort-style clothing, swimsuits for men and women along with jewelry, sandals, knickknacks and sunglasses. There’s also a small selection of skateboards and accessories.

While Ron Jon shops are usually packed with tourists, don’t expect a cheap tourist trap offering five t-shirts for $20. Ron Jon merch is pricey when compared with shops that cater heavily to the tourist trade, but it’s usually of better quality than what you’ll find at the bargain shops. And the staff is usually very friendly, laid-back and willing to point a visitor to an off-the-beaten-path spot for lunch.

Insider Tip:
– The Ron Jon Surf Shop in Panama City Beach doesn’t offer public restrooms, even to paying customers. You’ll have to venture further into the Pier Park complex to find restrooms. Head down Pier Park Drive toward Dave and Buster’s and hang a left on Sea Monkey Way to find the closest restroom. 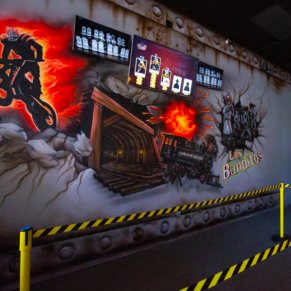 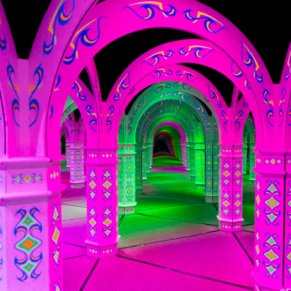 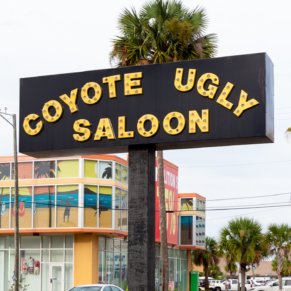 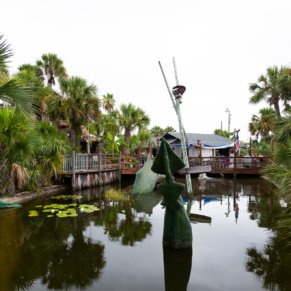