Site Navigation
#46 of 157 Panama City Beach Things To Do

Gayle’s Trails encompasses a network of flat trails that cover Panama City Beach. Perfect for walking, jogging and biking, these are the green, healthy and fun way to get around town.

Gayle’s Trails is named for Panama City Beach’s mayor and long-time conservationist Gayle Oberst. The system offers miles upon miles of flat trails that are perfect for exercising on pleasant days, and they can even be used to get around several different parts of the city.

The development of Gayle’s Trails continues to be an ongoing project, which means the various trails are in different stages of development. The two main sections are fully completed and paved or have a sidewalk, while other portions are just dirt or a dolomite base right now. Even these latter portions are still useable, though. It’s only a few proposed trails that head into outer residential communities that aren’t accessible yet.

The trail system caters both to the casual walker and the enthusiastic cyclist equally, as there are both short and long routes available. Frank Brown Park, which serves as a central hub for the system, features three loops that measure a mile or just over, and trail-goers are always welcome to do an out-and-back straight shot of any length they desire. Those who want a longer route can go nearly 20 miles on completed trails without covering the same terrain twice, and that’s not including the unpaved ones which are still in progress.

Of note, the east and west portions of Gayle’s Trails aren’t connected by a trail that’s in the system (one is proposed but not completed). A technically separate Panama City Beach trail does join these two sections together, though, and it’s easy to seamlessly go from one trail to the next.

All of these trails are free and accessible to the public. Both city residents and out-of-town visitors are invited to use them.

Whether you want to actually get some exercise or are just looking to explore Panama City Beach, Gayle’s Trails has many wonderful options. Anytime the weather is nice is a good time to be outdoors on one of the paths.

A few of our favorites in Gayle’s Trails include:

Frank Brown Park
The hub of Gayle’s Trails system, Frank Brown Park is the easiest place to access the system. There’s plenty of parking here, and you can do one of the shorter trails or head out on a longer adventure in any direction.

Panama City Beach Conservation Park
The Panama City Beach Conservation Park has 3,000 acres of trailed terrain, but the trails aren’t paved. The area is beautiful in its own right and a special favorite of mountain bikers and trail runners who prefer the dirt paths. There’s also plenty of parking in this area, although it’s not as centrally located as Frank Brown Park.

Insider Tips:
– The eastern end of Gayle’s Trails peters out at the area’s Colony Club subdivision, but there isn’t any parking here. While this is a nice area to head for people who want a longer run or ride, it’s not a convenient starting point if you take a car to access the system.
– Because Gayle’s Trails are still in progress, check for planned construction dates to make sure your intended route will be fully open. The completed portions won’t get closed for work, but in-progress areas might be. 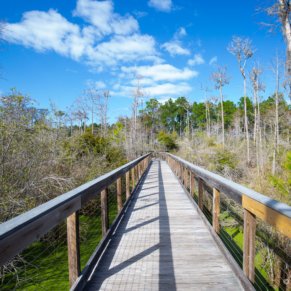 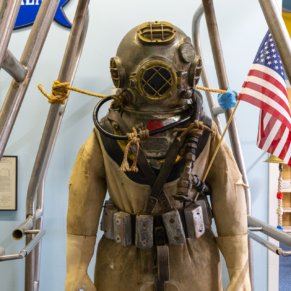 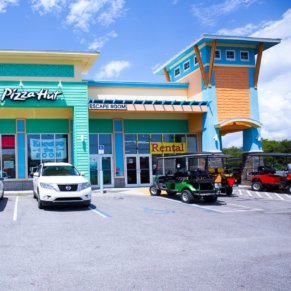