Nick's Slice of Brooklyn Pizzeria & Bar brings both the spirit and cuisine of the Big Apple to Panama City Beach. Stop in for the mouthwatering pizza and lovably rowdy camaraderie; if you're like most visitors, one slice will turn you into a lifelong fan.

Everything you need to know about Nick’s Slice of Brooklyn is right in the name — the restaurant serves New York-style pizza inspired by the pies in Nick DeFilippis’ hometown of Bensonhurst. Pizza has been a lifelong passion for DeFilippis; he mastered authentic mozzarella before he reached his early teens.

For several years, DeFilippis and his wife ran a successful pizza parlor in the Nashville area. Recently, they decided to bring their Brooklyn cuisine and attitude to Panama City. Now, their pies are embraced by lifelong Floridians and New York transplants alike.

Nick’s Slice of Brooklyn might be situated in an unassuming Panama City location, but exterior appearance isn’t everything. That being said, you’ll see amusing touches of New York before you even enter, including a small rendition of the Statue of Liberty. Patio seating is available, but the parking lot ambiance leaves something to be desired.

Inside, you’ll find the vibrant, yet brash atmosphere you might expect of a Brooklyn-inspired pizza joint. Things get especially rowdy during football games. If you’re on the hunt for a quiet, intimate meal, you’ll definitely want to look elsewhere.

If you’re willing to put up with a little noise, you’ll come to love this restaurant’s unique vibe. While many people opt for delivery, there is something undeniably charming about eating your pizza on-site. If you have time to spare for an in-person visit, it’s absolutely worth your while to drop in at least once.

At Nick’s, you can order an entire pizza or take the by-the-slice approach. At 18 inches, full pizza pies can easily feed four or five people. Even with several people sharing the full pie, you might return home with leftovers. Don’t expect to get too fancy; your pizza will be served on a paper plate. If you’re the type to eat pizza with a knife and fork, you might give up after trying to saw through your crust with plastic utensils.

The restaurant is definitely not vegan-friendly, but vegetarians can find plenty of delicious options beyond generic cheese pizza. The staff is generally willing to accommodate visitors with food allergies or sensitivities.

As its name suggests, Nick’s is both a pizzeria and a bar. While most people are content to order beer with their pizza, some opt for mixed drinks. Either way, the bartenders definitely know what they’re doing.

A few of our favorite menu items include the following:

Garlic Knots
As you wait for your pizza, be sure to request an order of garlic knots. The menu refers to these as ‘famous,’ and, while this descriptor might be a bit excessive, this appetizer is a perennial favorite among the restaurant’s hardcore fans.

The God Father
The God Father features two sizable layers of crust stuffed generously with cheese. Ideal for meat lovers, it includes pepperoni, ham, and sausage. Each slice is a whopping two pounds. Don’t tackle this behemoth of a pizza unless you are incredibly hungry — and accompanied by a legion of incredibly hungry visitors. If you’re not feeling ambitious, consider ordering a single slice of The God Father and splitting it with a friend. That’s still a pound of pizza per person!

Cannoli
It’s virtually impossible to save room for dessert at Nick’s Slice of Brooklyn. If you somehow accomplish this feat, you’ll definitely want to order the cannoli. It’s available either as a single, large dessert or in miniature form. The cannoli, like all of the restaurant’s desserts, is the work of the talented Gina DeFilippis.

The next time you’re craving pizza, stop by Nick’s to discover the delight of authentic New York-style pies.

Insider Tips:
-In keeping with the restaurant’s casual approach to pizza, you’ll order your meal at the counter. To order, check out the menu hanging above the counter — or simply point to your favorite slice.
-A few customers have complained of long waits for delivery, so this is definitely something to keep in mind if you’re not willing to visit the restaurant in person. You’ll get your pizza a lot faster if you stop in and choose your favorite slice on display at the front counter. 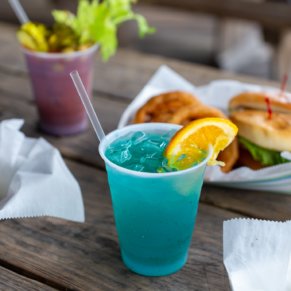 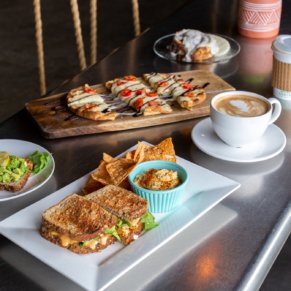 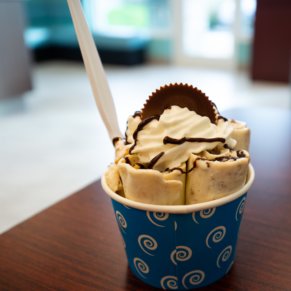 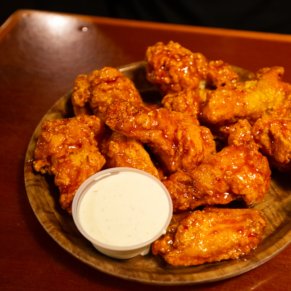 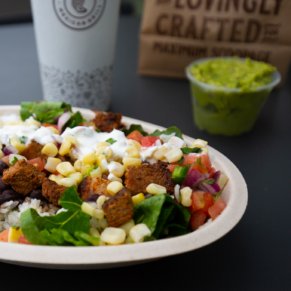 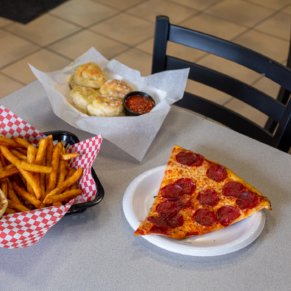 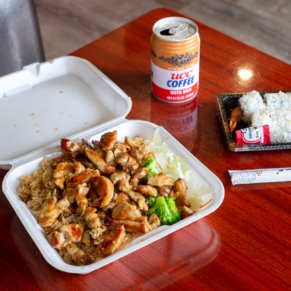