Boshamps Seafood & Oyster House has one of the best dining setups in Destin, what with its waterfront perch right on Destin Harbor. It backs up the great ambience and scenery with some majorly tasty “Gulf-to-table” cuisine imbued with plenty of Southern flavors.

Boshamps Seafood & Oyster House was born from a revamping of the long-running fine-dining establishment the Flamingo Café, opened back in 1985. The family behind the Flamingo decided to convert it to a more casual, down-home kind of eatery that still spared no expense in the caliber of the harborside cookery on offer.

And thus we have Boshamps, the memorable name a mashup of the syllables of the owner’s name and those of his three Labradors. The restaurant calls its culinary approach “Gulf-to-table,” putting the spotlight on fresh, local bounty from the doorstep of the “World’s Luckiest Fishing Village,” as Destin goes by. There are many nods to Cajun, Creole, and other Southern cuisines, too, spicing up the Boshamps menu.

From the bar and booths inside to the outdoor deck overlooking the pier and the harbor, Boshamps Seafood & Oyster House has a winning atmosphere, to say the least. There’s even a little palm-edged beach play area for the littler diners.

The appetizers, meanwhile, are pretty darn appetizing, from the Fried Green Tomato & Jumbo Lump Crab to the Back Forty Farms Spinach & Artichoke Dip. You might opt to mix these starters up with some of the raw, baked, or fried options from the oyster bar.

Coastal flavors take center stage in the Signature Corn & Crab Chowder and the Local Gulf Seafood Gumbo, and you can add catch-of-the-day fish or shrimp (as well as chicken) to any of the Boshamps salads.

From the “Off the Docks” catch-of-the-day (your choice of grilled, fried, or blackened) and the signature Snapper Destin to the Cornmeal-dusted Gulf grouper Pecan and Yankee Lobster Mac ‘n Cheese, it’s no surprise seafood takes a starring role among the Boshamps entrees. But that doesn’t mean you won’t find some “turf” dishes of mighty fine quality, including Southern-style Fine Fried Chicken, the Gulf Coast Duck Confit Cassoulet, and char-grilled Angus ribeyes and filets.

The sides have a definite Southern tilt, from the Creamy Cheese Grits to the Barbecue Local Butterbeans.

Besides beer and wine, the Boshamps Seafood & Oyster House bar menu includes a whole raft of specialty cocktails, among them the Boshamps Margarita, the East Pass Punch, and the vodka-fueled Ben Kelly.

The Boshamps Seafood & Oyster House dining experience is on the pricier side of things, but you tend to get your money’s worth! Oh, and did we mention there’s a regular schedule of live outdoor music, too, just to up the ante?

Local Gulf Seafood Gumbo
You could order just a cup of this Gulf Coast delicacy—packed with oysters, Louisiana crawfish, Gulf shrimp, Conecuh sausage, and local okra—but then you’d probably end up regretting not getting a full bowl’s worth.

Oysters Rockefeller
Step up to the plate—or step up to the oyster bar, rather—and enjoy a half-dozen or a dozen of these beauties, baked with spinach, garlic, Pernod, and Asiago cheese.

It’s hard to beat quaffing a cold beverage, tucking into some catch-of-the-day Emerald Coast goodness, and listening to some live tunes while gazing out at Destin Harbor: a fine lunch or dinner out at Boshamps Seafood & Oyster House!

Insider Tip:
Wining and dining on the Boshamps outdoor deck at sunset is magical, but if you’re there earlier in the evening or the afternoon with the higher sun, you’ve got the possibility of spotting dolphins in the harbor—and maybe a great blue heron prowling the pier. 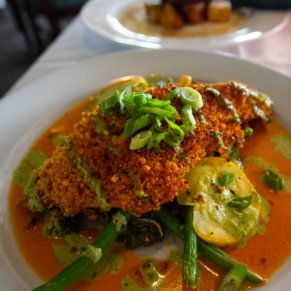 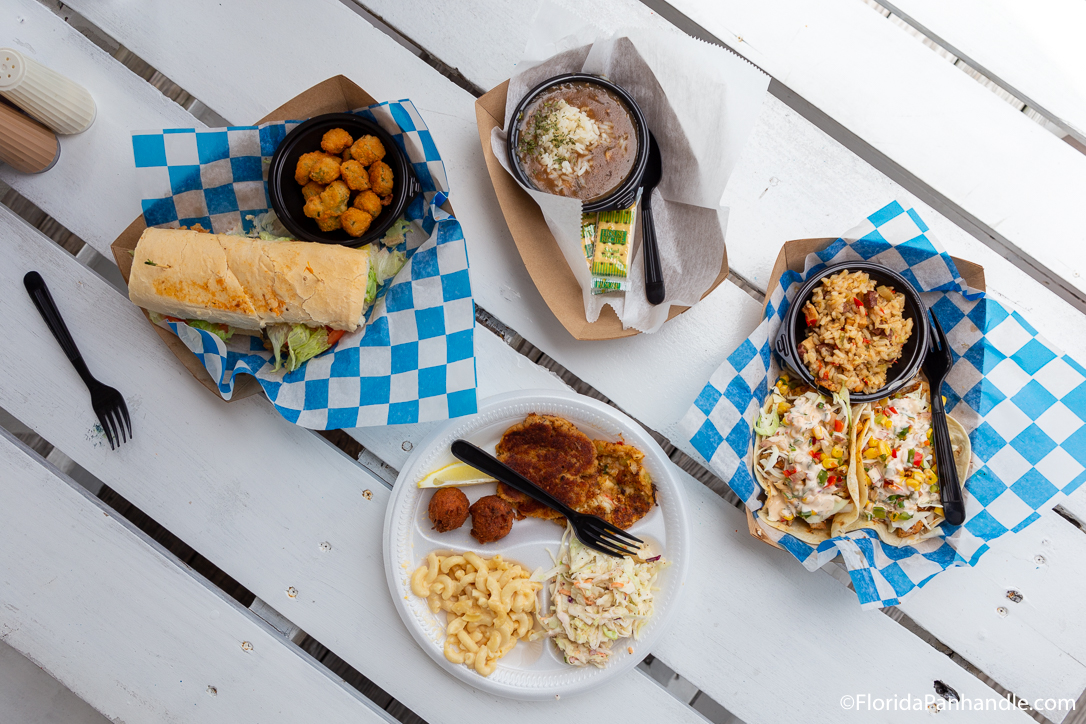 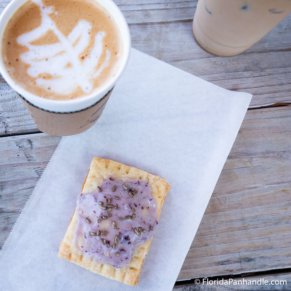 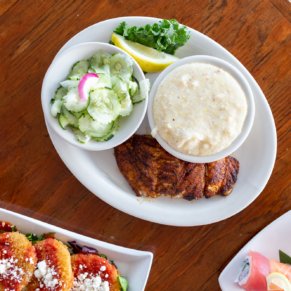