One of the biggest coastal dune lakes in the country, Lake Powell is a natural treasure of the Emerald Coast and an outstanding spot for outdoor recreation. Part of its lakeshore belongs to Camp Helen State Park, where you can rent a kayak or stand-up paddleboard to explore Powell’s brackish waters; anglers, meantime, have great chances for reeling in redfish, speckled trout, and other gamefish.

Coastal dune lakes—bodies of freshwater or brackish water tucked amid seaside sand dunes and strand—are quite the rare and special ecosystem. Significant examples are restricted to only a few parts of the world, including Australia, New Zealand, Madagascar, and the United States. In this country, they’re mainly found in Oregon’s Pacific dune sheets, on the South Carolina shore, and on the coast of Northwestern Florida, particularly in Walton and Bay counties.

One of the largest coastal lakes not just in Florida but the country as a whole, Lake Powell (alternatively called Powell Lake) casts its warm, gentle waters across the county line in southeastern Walton County and southwestern Bay County. Encompassing close to 800 acres, Lake Powell is nourished by freshwater drainage but also periodically connected to the Gulf of Mexico via an “outfall” channel. This regular interchange with the sea ensures the lake is mainly a brackish body of water, host to a mix of freshwater and saltwater and consequently a mix of freshwater and marine aquatic life.

The southwestern shores of Lake Powell lap up against Camp Helen State Park, an awesome day-use preserve also edged by the Philips Inlet and the Gulf of Mexico itself. The state park serves as the best portal to Lake Powell, though there’s also access on the northwestern end off North Walton Lakeshore Drive as well as via a boat ramp on the Bay County side.

The Friends of Camp Helen State Park offer single and tandem kayaks as well as stand-up paddleboards for rent, and there’s a public kayak launch at the North Trail trailhead in the park. There’s really nothing better than getting out on those limpid waters, and while the lake’s open to powerboats as well, there’s a lot to be said for the quiet (and exercise) of a good old-fashioned paddle. Check-in with the state park for the schedule of ranger-led paddling trips, which include highly recommended moonlight outings.

Keep your eyes peeled for wildlife along the shores and out on the water. You’ve got excellent odds at spotting water birds such as great blue herons and egrets and that spectacularly stooping angler the osprey. (Lake Powell’s a stop along the Great Florida Birding & Wildlife Trail and eagerly sought out by birdwatchers.) You may spot a river otter or even a dolphin breaking the surface here as well.

Speaking of Lake Powell fauna, fishermen and women prize this mighty dune lake for its redfish, speckled trout, bass, mullet, and other potential catches. It’s always a blast to be able to combine freshwater and saltwater angling in one body of water!

An ecological treasure and a hotspot for outdoor recreation and R&R: Lake Powell’s a jewel of the Emerald Coast, no question! 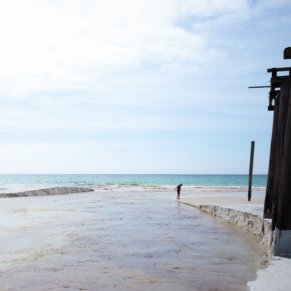 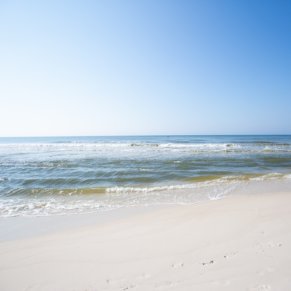 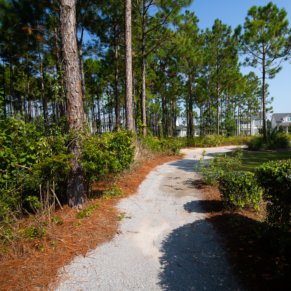 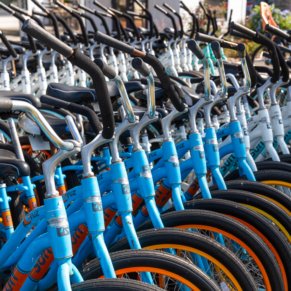