Blue Mountain Beach may not be as well known as some of the Emerald Coast’s other towns, but it’s a treasure to explore. The area’s diverse ecosystems will enthrall naturalists and outdoor enthusiasts alike, and there’s plenty to do when you’re not admiring the varied environments.

The actual beach at Blue Mountain Beach is much like the other beaches in the area, but with fewer amenities and smaller crowds. Gulf waves lap against soft, white sand, which piles up into dunes. Local lore speculates that sailors mistook the dunes for mountains, giving rise to the area’s name. The entire shore along 30A is remarkably beautiful, but this beach is particularly enticing if you can forgo the major amenities because it’s less used.

Behind the dunes lie three sand dune lakes, which are unique marine environments that change as the dunes shift. The water in the lakes changes depending on whether the sea is currently able to flow in and out, and the mixture of brackish water supports many different fish species. The lakes generally aren’t large enough for a powerboat, but the fishing is quite good if you cast from shore or go out on a kayak. These dune lakes are some of the most protected waters where you can still catch saltwater species.

A few blocks from the public beach access point, you’ll find a trailhead that leads into Point Washington State Forest. Take a stroll through the forest, and you’ll see towering longleaf pine trees, cypress swamps and open fields that are sometimes havens of local wildlife.

For the Emerald Coast experience without the large crowds, come to Blue Mountain Beach. You’ll love the beach itself, as well as everything else here that you explore.

A few of our favorite features at Blue Mountain Beach include;

Big Redfish Lake
Big Redfish Lake is one fo the larger sand dune lakes here, and it’s well-known among local anglers. Redfish are plentiful in the lake, as are several other species of saltwater fish.

Sand Dunes
The sand dunes offer an expansive view of the lake and the Gulf. Climb up one to get a sense for the area, and see whether anything is visible out at sea.

Point Washington State Forest
The longleaf and cypress trees grow tall here, and they offer a particular habitat that’s suitable to different species. Who knows what you’ll see in the swamps’ waters and trees’ branches on a walkthrough.

Insider Tip:
– Blue Mountain Beach is picturesque at any time of year, but the area really comes to life during spring and fall. You’ll find wildflowers throughout the state forest’s fields and lupins canvasing the dune’s slopes when the weather is a little bit cooler. 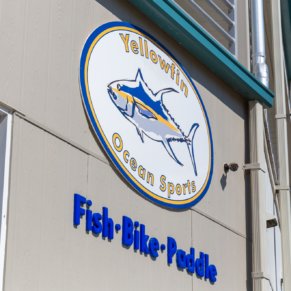 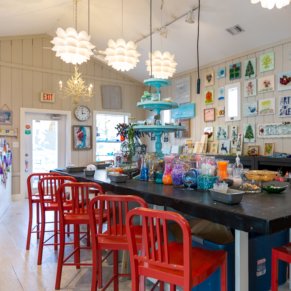 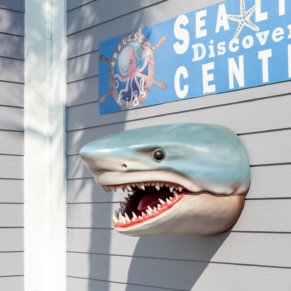