Site Navigation
#43 of 137 Pensacola Beach Things To Do

From parasailing and waverunning to kayaking and stand-up paddleboarding, Radical Rides ranks among the top choices for watersports in Pensacola Beach. Whether it’s high-speed adventure or laidback paddling you’re after, the company delivers with a friendly, safety-oriented staff and top-of-the-line equipment.

While we suppose you can visit Pensacola Beach and not get out on the water, we’d wager most visitors will feel the pull of the offshore pretty strongly while strolling the beaches or wading in the surf. With Radical Rides, you’ve got your pick of water sports thrills—from the fast-paced to the downright meditative.

In the fast-paced department, for instance, you can take to a fleet WaveRunner and trace a pluming wake around a roughly 3.5-by-5-square-mile riding area. The Radical Rides WaveRunners accommodate up to three passengers and tend to be ridiculously fun for all involved.

As fun as those wild rides over the spraying surface may be, the highlight of Radical Rides’ offerings is definitely the parasailing experience. The company operates a pair of state-of-the-art, Ocean Pro 31 parasail winch boats, and can provide single, double, or triple rides sending you well over 500 feet above the shining surface.

It’s not unheard of to see dolphins, rays, sea turtles, and other marine life from this pelican’s vantage, and no matter what you can expect some amazing panoramic views of the Pensacola Beach seascape. (You can also opt to get dunked on the heels of your parasailing flight.)

In addition to the WaveRunning and parasailing, Radical Rides rents kayaks, paddleboards, and pontoon boats. The calm and sheltered waters of Santa Rosa Sound are absolutely ideal for stand-up paddleboarding—a pretty darn forgiving environment for beginners—and you never know what you might see on these quieter, slower-paced voyages. The same goes for the Radical Rides kayaks, which include both single and double models; the double ‘yaks can generally seat up to three people (up to a certain weight limit).

If you’re renting in the vicinity, you can bring your kayak or paddleboard there; multi-day rentals are totally doable. (Heads up: Radical Rides doesn’t allow its ‘yaks or paddleboards taken into the Gulf of Mexico.)

It doesn’t get much more leisurely than pontooning it around the bay, meanwhile, whether you’re out with a crew of friends or captaining a family outing.

Radical Rides is a family-owned and operated company that’s been around since 1992, and puts the safety and comfort of its customers at the top of the priority list. Even if you’re a bit leery of boats or the water, you might consider a Radical Rides session: The staff is typically very thorough in explaining the nuts-and-bolts of the vessels and experiences and fielding any concerns, and very attentive in monitoring and responding to issues out on the waves.

If you’re hankering for some high-adrenaline jet skiing, a bucket-list parasailing experience, or the means to paddle or pontoon your way around the sparkling flats of Santa Rosa Sound or Pensacola Bay, Radical Rides is a fine go-to option.

Insider Tip:
-It’s Florida law that anyone born after January 1, 1988 who wants to drive a WaveRunner needs either a Florida Boating Safety Education I.D. Card or a Florida Boater Education Temporary Certificate. You can actually get the latter—a certificate valid for a year—at Radical Rides, which is a super-convenient option: It’s about a half-hour test. (A valid out-of-state boating license may also allow you to operate a WaveRunner; inquire with Radical Rides for more details.) 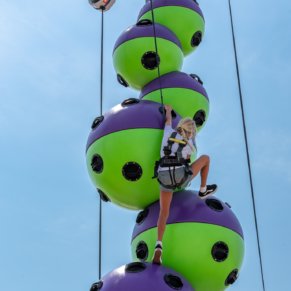 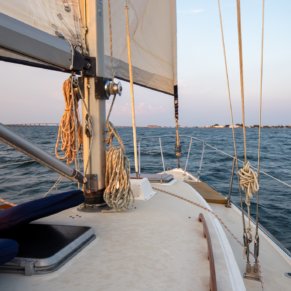 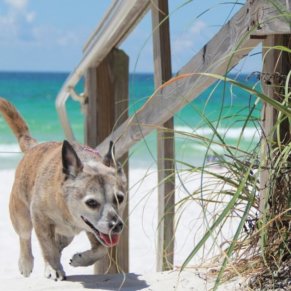