Site Navigation
#11 of 137 Pensacola Beach Things To Do

Navarre Beach Marine Park provides one of the premier expanses of white sand on Santa Rosa Island. With beachfront along both Santa Rosa Sound and the Gulf of Mexico, a marine sanctuary offering artificial reefs for scuba diving and snorkeling, and such land-based attractions as the Navarre Beach Marine Science Center, the Navarre Beach Sea Turtle Conservation Center, and Florida’s longest fishing pier, the park’s a must-do for any lovers of sand, surf, and sea-life.

Now occupying some 150 acres, Navarre Beach Marine Park is one of the premier recreational and leisure destinations on Santa Rosa Island. Its shining white sands, set between Santa Rosa Sound and the Gulf of Mexico, are perfect for sunbathing, swimming, and seashell-hunting, while opportunities for snorkeling, diving, fishing, and marine-biology and conservation education abound.

Rarely overcrowded, Navarre Beach Marine Park encompasses waterfront on both the Sound and the Gulf sides, with well-developed visitor facilities and many beach access points as well as an impressive proportion of undeveloped acreage.

Here you’ll find multiple restrooms and showers, a host of pavilions (with appropriately nature-based names such as Sand Dollar, Flounder, Ghost Crab, Manta Ray, and Red Drum), and several lifeguard towers fronting the expansive Gulf-side beaches. The facilities include ADA-friendly pavilions and wheelchair beach access via the Mobi Mat. There are kayak launches on both shores at Navarre Beach Marine Park, plus a boat ramp along Santa Rosa Sound right by the Navarre Beach Causeway.

One of the truly awesome assets here is the Navarre Beach Marine Sanctuary offshore, the waters conceal three complexes of artificial reefs providing aquatic habitat and easy-access snorkeling and scuba diving. Two of the reefs lie in Santa Rosa Sound and one in the Gulf. Besides snorkelers and divers, the Gulf reef can be explored by paddlers on clear-bottom kayak tours.

Through both public open houses and a jam-packed schedule of school programs and camps, the Navarre Beach Marine Science Station provides hands-on lessons on local marine ecology, conservation, and environmental stewardship. The Navarre Beach Sea Turtle Conservation Center, meanwhile, has exhibits on sea turtles of the Emerald Coast and the world as well as a resident sea turtle and several other live underwater critters on display.

Navarre Beach is also the site of Florida’s longest pier: the 1,545-foot Navarre Beach Pier, which you can access for a small fee. Anglers pay a little more than pier-walkers for a fishing license to be included in their admission; a shop on site rents fishing poles and sells bait.

Whether you’re peeping at swarming fish out at the artificial reefs offshore, learning a ton at the Marine Science Station or the Sea Turtle Conservation Center, or just putting in some quality time on a beach towel, Navarre Beach Marine Park is a great place to fall under the spell of the Emerald Coast—and it’s a mighty hard spell to resist!

Insider Tips:
– Navarre Beach Marine Park is a particularly great place to comb for seashells, and some of the richest pickings are found after a stretch of strong north winds, which often uncover sand-buried shells along the beaches. 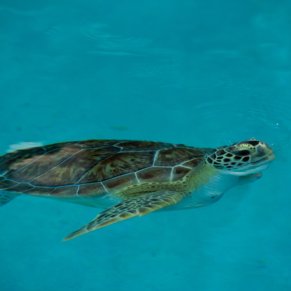 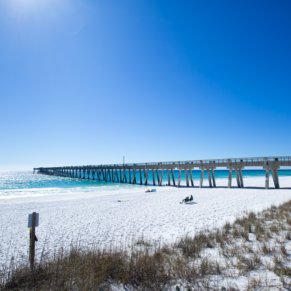 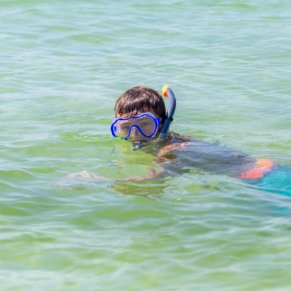