Among the newer entrants to Pensacola’s rich craft-beer scene, Odd Colony Brewing Company distinguishes itself with a small but eclectic sudsy wheelhouse (especially lagers, sours, and IPAs), a hip and irresistibly fun atmosphere, and a spirit of collaboration with other local breweries and businesses.

Opened in October 2019, Odd Colony Brewing Co. is making a name for itself on the vibrant and diverse craft-beer landscape of Pensacola with its well-made brews, its inviting taproom and event space, and its open-hearted approach to collaboration with fellow craft brewers and other local businesses.

Drawing plenty of inspiration from Old World farmhouse-style beers well suited to the Emerald Coast’s steamy climate, Odd Colony wears its dedication to “odd” yeasts proudly. (The brewery’s name also pays homage to the eclectic cultural mix of Pensacola and the city’s heritage as one of the oldest in the U.S.) Three beer categories form the Odd Colony Brewing wheelhouse: those funky delights known as sours, crisp and refreshing European-brand lagerbier, and the flavorful and punchy realm of IPAs. That said, the brewery gives attention to other styles as well, including darker beers that easily hold their own with the flagships.

From the antler-bone tap handles (reflecting a wilderness-themed undercurrent) to the comfortable lounge chairs and the shifting gallery of art—part of the sales of which go to the Wildlife Sanctuary of Northwest Florida—Odd Colony boasts great ambience. The building it calls home is on the historic side of the spectrum, built in 1930 and having hosted a slew of varied businesses, including—get this—a racetrack for remote-control cars.

There’s comfy and inviting seating in the taproom as well as some outdoor tables. Odd Colony Brewing Co. also maintains an event space that’s open for imbibing and kicking back when there’s not a private or otherwise organized function going down there.

Let’s pull up a chair to the taproom bar and look more closely at a few of the winning beers Odd Colony brews up:

Simcoe Ice Flowers (New England IPA)
Imbued with a nice fruity flavor and a touch of pine, Odd Colony’s New England IPA is a must-try for any devotees of this hopped-up style.

The Conquest of Bread (Sour)
This complex sour incorporates the spirit of the fermented bready drink known as kvass. Odd Colony’s Conquest of Bread derives from the sourdough rye baked with apples, cherries, and raisins by Craft Bakery: one of the brewery’s admirable local partnerships.

Weight of the Centuries (Double Imperial Stout)
Sure, you’re not going to feel like a rich, heavy, silky imperial stout every day in Pensacola, but Odd Colony’s version is great and well worth trying. It’s made with Counter Culture espresso as well as cacao nibs and a subtle (but sensational) sprinkling of cinnamon.

Equally focused on making great beer and providing an inviting atmosphere, Odd Colony Brewing Co. is a young but already hugely appreciated addition to Pensacola’s craft-brewery lineup—check it out!

Insider Tip:
– Odd Colony Brewing Co. is dog-friendly, so bring that pooch of yours when you come down for a sampler or a couple of pints! 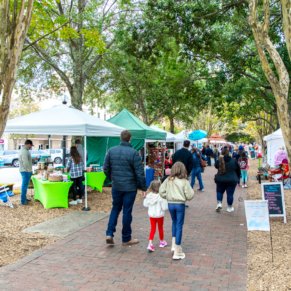 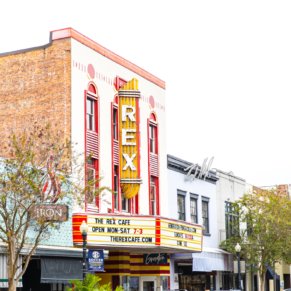 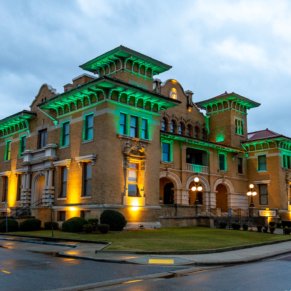