Stop by Pensacola's Blue Dot Barbecue for a no-frills dining experience. This unassuming counter restaurant serves some of the region's tastiest burgers and ribs but remains shockingly humble in spite of its strong reputa

If you’re in the mood for tasty ribs or burgers in the heart of Pensacola, head straight for Blue Dot Barbecue. This local joint might not provide a whole lot of ambiance, but what it lacks in elegance it more than makes up for with its mouthwatering eats. It also represents the ultimate in family tradition, with multiple generations proving that, sometimes, the simplest meals are the best.

Named for founder Blue Robinson and his wife Dot, the restaurant opened in 1946. Since then, it has proven consistent with its limited menu, its laid-back atmosphere, and its appeal to local diners.

To call Blue Dot unassuming would be an understatement. Its interior can be described, at best, as pared-down, and, to those more concerned about decor, as downright drab. The exterior is similarly unremarkable. In fact, until recently, the restaurant didn’t even have a sign. That has since changed, much to the chagrin of locals who would prefer to keep their favorite eatery a secret.

The main appeal of Blue Dot lies in its addicting burgers and ribs. At first glance, they, like the restaurant itself, might not seem particularly enticing. Go beyond the less-than-photogenic appearance, however, and you’ll discover some of the juiciest, most flavorful meat in all of Florida. The very messiness that makes it so difficult to take a good picture is exactly what makes the signature burgers so delicious. The ribs are similarly enticing, although most visitors go straight for the restaurant’s famous burgers.

Because the burgers are made fresh, you may be forced to wait a few minutes, both before and after you order. Take a moment to appreciate the ease with which the owner manages to remember long lists of orders, despite never using a pen or paper to jot them down.

A few of our favorite menu items include the following:

Hamburger
If you’re only able to order one item from the limited Blue Dot menu, make it the esteemed hamburger. You might be surprised to find ketchup unavailable when you order, but don’t worry — it’s not necessary. Instead, this delightful burger comes loaded with a wonderfully messy mix of mayo, mustard, tomato, and onion. For an extra fee, you can also enjoy your burger with barbecue sauce.

Vegetarian Sandwich
Blue Dot isn’t exactly vegetarian-friendly. In a pinch, however, those avoiding meat can get by with this affordable alternative. It doesn’t offer a substitute patty, but instead, removes the meat and retains the toppings from the standard burger. This might not seem appealing, but it’s surprisingly delicious due to the buttered and toasted bun.

Ribs
Offered by the whole or half slab, the ribs at Blue Dot are only served occasionally — and they run out fast. Hence, you’ll need to plan ahead if you intend to ditch the standard burger in favor of ribs. Should you arrive in time, however, you’ll encounter some seriously juicy meat.

Rib Sandwich
Combine the best aspects of the acclaimed Blue Dot burger with its ribs in a delightful sandwich that will have you licking your lips. Arrive with an appetite if you intend to enjoy this sandwich, as it is big enough to slow down even the hungriest carnivore.

It’s impossible to truly convey the Blue Dot experience in words. As the epitome of the hole-in-the-wall concept, this unassuming joint warrants a visit — but don’t be surprised if you find yourself rushing back the next day.

Insider Tips:
– Come prepared with plenty of cash, as credit cards are not accepted here. That being said, an ATM is available onsite.
– If possible, arrive early. The ribs run out quickly when they’re served, but there’s also no guarantee of enjoying a burger. If the restaurant runs out of ingredients for the day, you’re out of luck. 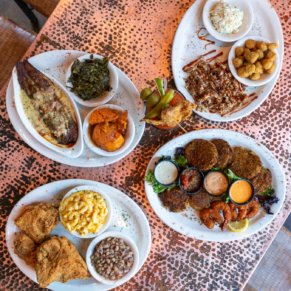 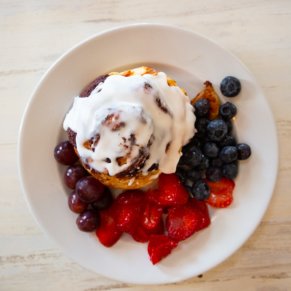 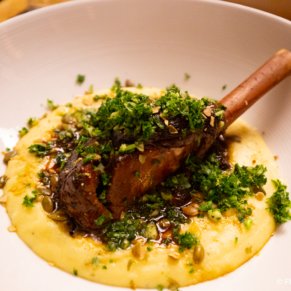