The Grand Marlin serves up fine seafood, drinks, and desserts that are all prepared fresh. With a relaxed atmosphere and excellent food, this place is always a great catch. Stop by with friends on any typical night out, or bring someone special for a major celebration.

Named after one of the most notorious sport fishes of the sea, The Grand Marlin lives up to its namesake. The foods and drinks are always good, and the atmosphere is perfectly relaxed for a good time. This is one establishment that you can trust will be a great catch every time you come.

The foods here merge flavors from South Florida and New Orleans, which you’ll notice as soon as you look at the menu. A Key Lime Grilled Lobster Tail is right alongside a Seafood Gumbo, and there are plenty more dishes like those.

The brunch and dinner menus here heavily favor selections from the ocean, including oysters, other shellfish, and fish. If you’re not into aquatic appetizers and entrees, though, there still is a decent selection of steak, chicken, and salad to choose from.

There’s an impressive list of mixed martinis and cocktails, but the wine list also isn’t to be missed. It’s won multiple awards from Wine Spectator and has some truly uncommon selections. If you’re interested in both a mixed something and a vino, start with a cocktail at the North Drop Bar and then, order your red or white with dinner.

All of this is served by an attentive staff in a relaxed atmosphere — and with a Grand Marlin overhead. The effect is a casual setting even though this is fine dining. Prices are also fairly affordable considering the level of quality as well.

If you’re looking for an especially good seafood meal, come to The Grand Marlin. No matter what you want from the Gulf, the staff here will likely have it available and know exactly how to prepare it for your liking.

A few of our menu favorites at The Grand Marlin include:

Grouper Piccata
You’ve not had Grouper until you’ve had this tasty plate. Parmesean crusted sided with sauteed spinach, whipped potatoes, and crispy capers. To top it off with brown butter that will have you melting in your seat.

Grilled 1855 Ribeye
If you’re a landlubber who prefers meat from things that moo, the Grilled 1855 Ribeye won’t disappoint. The cut is rich with texture and flavor and comes accompanied by fingerling potatoes and seasonal veggies that will have you reconsidering the standard sides.

Striped Marlin
A martini that’s as dark as the water the striped marlin swim in, this martini is made from Grey Goose Vodka and Godiva Chocolate Liquor. The recipe may be somewhat simple, but sometimes simple is hard to improve upon.

Old Pulteney 21 Year
Scotch is hardly the only other drink worth trying, but it’s not often you come across a scotch list like this one even at fine dining establishments. If you’re into the hard stuff, splurge on an Old Pulteney 21 Year. A former Whiskey of the Year winner, this is an uncommon selection that stands up to the best.

Insider Tip:
– Make sure to request a window table when you meet the hostess. The views of the marina and ocean are absolutely gorgeous, and a window table will be worth even a slightly longer wait. 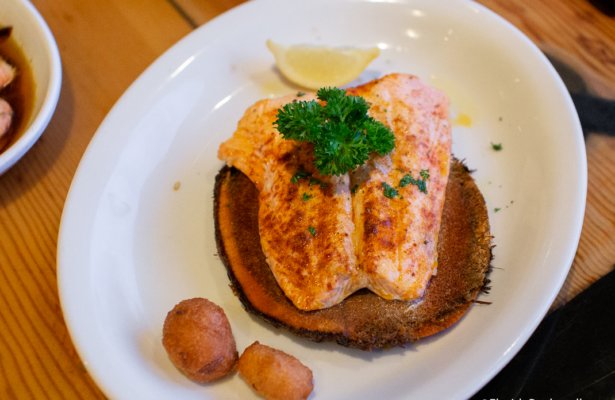 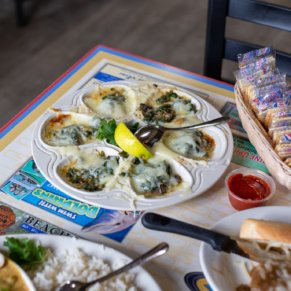 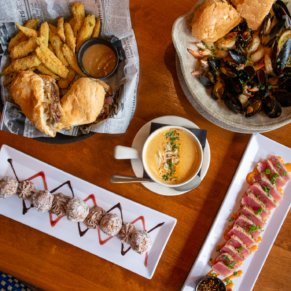 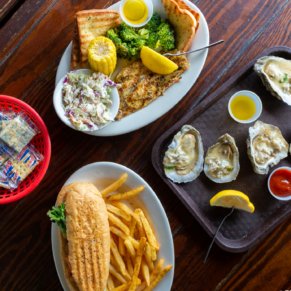