The perfect place if you’re looking for an authentic-feeling Irish pub in the Florida Panhandle. A warm, welcoming atmosphere and a satisfying menu makes McGuire’s a sure bet.

It may be the 21st century outside, but inside McGuire’s Irish Pub prepare to be transported early 20th century – back when pubs were at the heart of village social life. Located on the stunning Destin Harbor, McGuire’s offers live Irish entertainment and a wide array of traditional Irish food.

With plenty of Irish memorabilia scattered about, tables that look as though they were transported from an actual European pub, and dollar bills practically wallpapering the walls, its’ clear that the proprietors hold on to the spirit of the traditional pub while adding their own flourishes.

Truth be told, this is an easy eatery to fall in love with. In fact, it’s been a bit tricky coming up with a list of favorites. Here’s our best attempt:

Senate Bean Soup
McGuire’s has been serving this soup since 1977 and frankly, have perfected the recipe. It’s the same soup served to the U.S. Senate for 18 cents a bowl during the Carter administration. With a nod to those days gone by, McGuire’s still sells a bowl of this delicious soup for 18 cents.

Reuben Eggroll
If you’ve never had an Irish eggroll before, now’s your time. Homemade, with corned beef, sauerkraut, and Swiss cheese, these perfectly prepared appetizers are served with Thousand Island Dressing for dipping. This is not a recipe you’re likely to find anywhere else.

Buffalo O’Toole Chicken Thighs
If you find the tiny bit of meat on chicken wings more trouble than it’s worth, you’ll enjoy these thighs. They simply offer more meat.

Naked Fish & Chips
If you’re tempted to believe that all Irish pub food is fried (we were) you’ll be pleasantly surprised by McGuire’s lightly seasoned and chargrilled fish. It’s served with homemade coleslaw and Irish fried potatoes (just in case you were looking for a taste of fried food).

Shepherd’s Pie
The sign of a great Irish pub is how well they prepare shepherd’s pie – a truly Irish meal. We were pleased with McGuire’s casserole of ground steak and fresh vegetables, topped with mashed potatoes and cheddar cheese. Baked to a golden brown, this dish is one to savor.

New York Cheesecake
Sure, the cheesecake is tasty, but what’s startling about this dessert option is the sheer size of the serving. A one pound slice is topped with cherries jubilee – enough to keep you busy for a long while (unless you decide to share).

Homemade Bread Pudding with Bushmills Irish Whiskey Sauce
The name gives this dessert away, but it bears pointing out that McGuire’s traditional bread pudding is made daily with a strong Irish Whiskey sauce.

Drinks
McGuire’s brews its own ales, porters, and stouts on the premises using the finest barley, imported hops, and their very own house yeast. In addition to their brews, they serve an array of eclectic mixed drinks. The best of the bunch for us were the Chocolate Moose and the Irish Coffee.

Chocolate Moose consists of Smirnoff vodka, Godiva chocolate liqueur, and an orange twist that brings it all together. The Irish Coffee is made with freshly brewed coffee and a healthy serving of that potent Bushmill’s Irish Whiskey. Served hot or frozen, it’s topped off with rich whipped cream and an Irish green cherry.

Insider Tips:
-The portions are huge, so plan on sharing or taking leftovers to go.
-The downside of an authentic-feeling Irish pub is how dark it is in certain corners. It’s quite possible you will need reading glasses and the light from a cell phone to see the menu clearly.
-Save time to visit McGuire’s cute gift shop.
-If you need to use the restroom, take the time to read the signs marking the doors carefully before entering. They tend to be rather confusing and more than one diner has been known to walk through the wrong door. 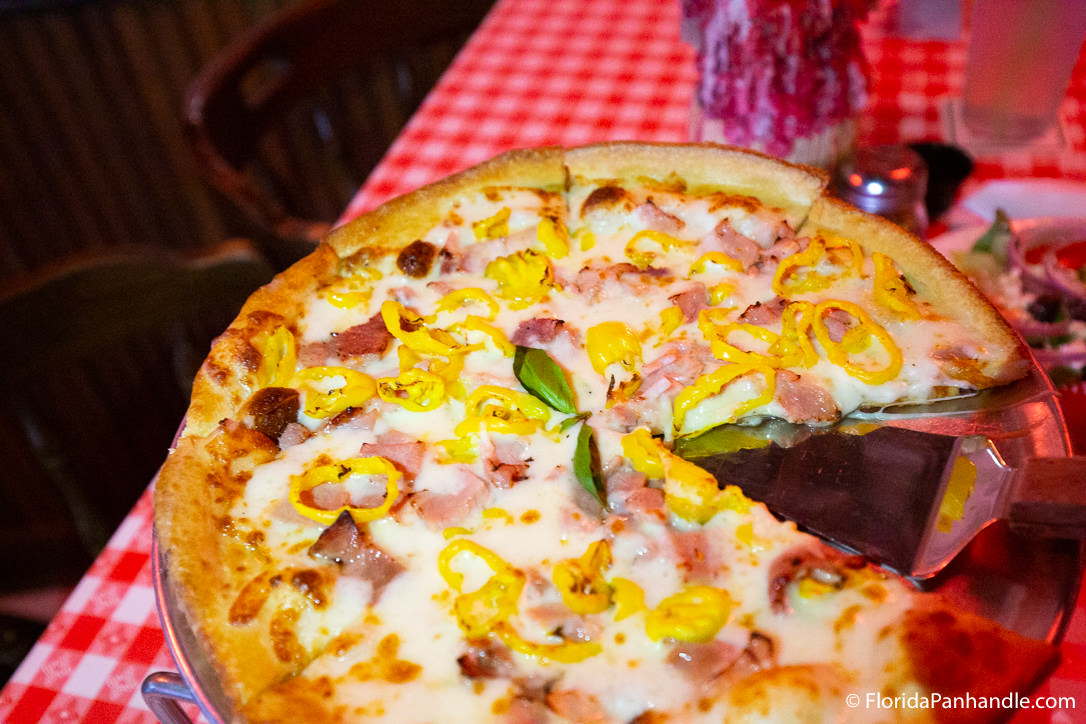 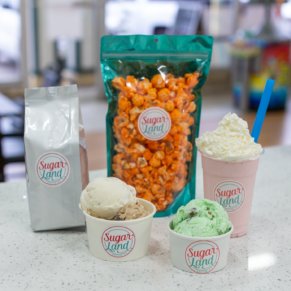 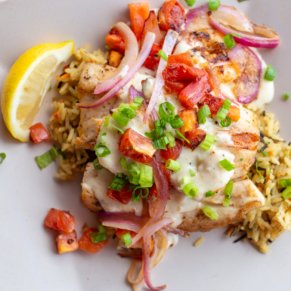