Site Navigation
#8 of 25 Cape San Blas Things To Do

Set on the St. Joseph Peninsula north of Cape San Blas near Port St. Joe, Cape Palms Park preserves a pretty and well-developed Gulf of Mexico beachfront not far from such higher-profile attractions as T.H. Stone Memorial St. Joseph Peninsula State Park. From the covered pavilion, picnic sites, and playground to the sugar sands, this place has all the makings of a blissful afternoon along the Forgotten Coast.

Sample the blazing white sugar sands of the Forgotten Coast at Cape Palms Park, a small but well-kept beach park along the Gulf of Mexico shore of the St. Joseph Peninsula, which arcs north of Cape San Blas to form the western side of St. Joseph Bay.

A heads-up: As elsewhere along the St. Joseph Peninsula and the Florida Panhandle in general, Cape Palms Park took a hit from Hurricane Michael in 2018 and the beach-scape is still recovering.

Accessed via Cape San Blas Road, Cape Palms Park includes a covered pavilion, picnic tables, grills, bathrooms, showers, a playground, and a boardwalk leading to an observation deck and beach access. It’s a nice stopover as part of a visit, for example, to the more extensive acreage of T.H. Stone Memorial St. Joseph Peninsula State Park to the north.

The waters here at Cape Palms Park are often quite calm and definitely conducive to taking a leisurely dip, though as with anywhere along the open coast be aware of rip currents and periodic rough surf.

When you’re sunbathing or strolling through the powdery white sands, meanwhile, keep an eye out for brown pelicans, terns, and other seabirds, plus the gorgeous little ghost crabs that scuttle along the St. Joseph Peninsula’s beaches and maybe a glimpse of some shiny dolphin backs from a nearshore-cruising pod.

This is also a great place to take in a reliably beautiful sunset over the Gulf of Mexico: one of those Forgotten Coast stunner sundowns that seem as if they should probably cost money, but at a place like Cape Palms Park come free of charge.

During the summer and on weekends, Cape Palms Park can sometimes get decently crowded, but often enough you’ll find a bit of elbow room and quiet here—especially early in the morning. (They don’t call this the Forgotten Coast for nothing, after all, and these Cape San Blas/St. Joseph Peninsula oceanfronts certainly feel tranquil compared to the busier strands of the Emerald Coast to the near west.)

Whether you’re coming for a morning stroll, an afternoon of swimming and lounging, or an evening picnic and a sunset show, Cape Palms Park definitely shows off some of the prodigious charms of the St. Joseph Peninsula: one of the Forgotten Coast’s magical sand-scapes.

Insider Tips:
Cape Palms Park includes a wheelchair ramp, but if you’re looking for even more extensive ADA-accessible beachfront and recreational facilities, look no further than William J. Rish Recreational Park just to the north: a unique property run by the Agency for Persons With Disabilities and open only to Florida residents with special needs and their companions. 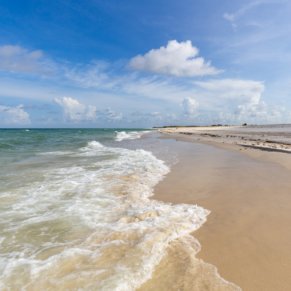 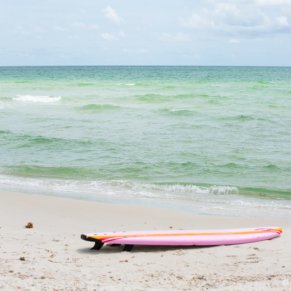 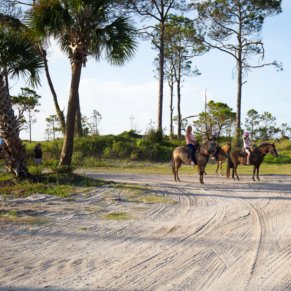 Broke A Toe Horseback Riding on the Beach
#6 of 20 Cape San Blas Things To Do
5.0

Sand N Spur Snorkeling & Horseback Riding on the Beach
#14 of 20 Cape San Blas Things To Do
5.0