Attacks Map Stats Faq What to do

Methodology: Using our article resources, we labeled attacks as “provoked” or “unprovoked” by the journalists’ standards. If the attack was unreported as “provoked” or “unprovoked”, we used our best judgement to determine what the attack should be categorized as. “Provoked” attacks by our standards are used if the person was trying to harm or antagonize the shark. This includes specific and intentional interactions with the shark. Unprovoked includes water sport activities like surfing and boogie boarding, where there was no intentional action towards the shark

Why do sharks
attack humans?

There is zero proof that sharks hunt people and we know that humans are not part of sharks’ natural diets. Typically, when a shark attacks a human, the shark is either confused or curious.

Contrast the gentle nibbles and slow approach of the curious or confused shark with the hunting shark. A shark that is hunting approaches at speeds of up to 30 miles per hour, attacks from below and knocks the hunted animal into the air.

What does a shark attack feel like?
While each survivor describes the experience differently, a common description from shark attack survivors is the attack feels similar to being punched or bumped. Some survivors have even recounted no pain at all! While the idea of a shark attack not hurting sounds inexplicable, shock and/or fight or flight with a huge adrenaline rush is a logical explanation. One thing is for certain, the survivors definitely all describe it as an harrowing experience once they are out of the water and the shock and adrenaline have worn off!
Why are some areas including the eastern US, southern Australia, and Hawaii experiencing sharp increases in the annual number of shark attacks?
As you might expect, the annualized shark attack numbers correlate strongly to localized shark populations and the number of people frequenting the oceanic waters. The population of swimmers has increased and, as you would expect, so have the number of attacks. In addition, some of these areas have seen increases in shark population due to environmental factors.
Sharks scare me! If I swim at the beach, what are the chances of being attacked?
First, it is important to note that you should always obey the written or verbal guidance from local officials, lifeguards, and experts. Heeding these warnings can help keep you safe and lower the shark attack numbers. There is a one in 3,748,067 chance you could be attacked and killed by a shark. 1
How likely is death by shark attack?
Simply put, the risk is almost non-existent. Although humans kill approximately 100 million sharks annually, sharks kill as few as five humans each year. Humans have a higher chance of being killed by a flying champagne cork, accidental poisoning, or lightning. In addition, the chances of being injured by a shark while swimming in the ocean is far smaller than being injured by a power tool. 2
What should I do if attacked by a shark?
You will want to maintain eye contact with the shark and use a hard object (or your hands) to jab the nose, gills, and eyes. Remember, to position yourself in a manner to minimize a bite to the neck or face. Get out of the water at your first opportunity, but don’t turn your back on the shark! Sharks can swim at over 30mph (compared to Michael Phelps 4.7mph) and you won’t outswim them. Once out of the water, apply pressure to the wounds and get immediate medical attention.
Do sharks actively hunt humans?
There is no evidence that sharks actively hunt humans. In fact, humans are oftentimes in the vicinity of sharks and an attack does not occur. Relative to the worldwide beach and oceanic water statistics, the number of shark attacks is incredibly small. At the global level, there are typically less than 100 attacks annually.

How to survive a shark attack

Want to be prepared? Review the following six steps, which may help you maximize your chances of survival following a shark attack. 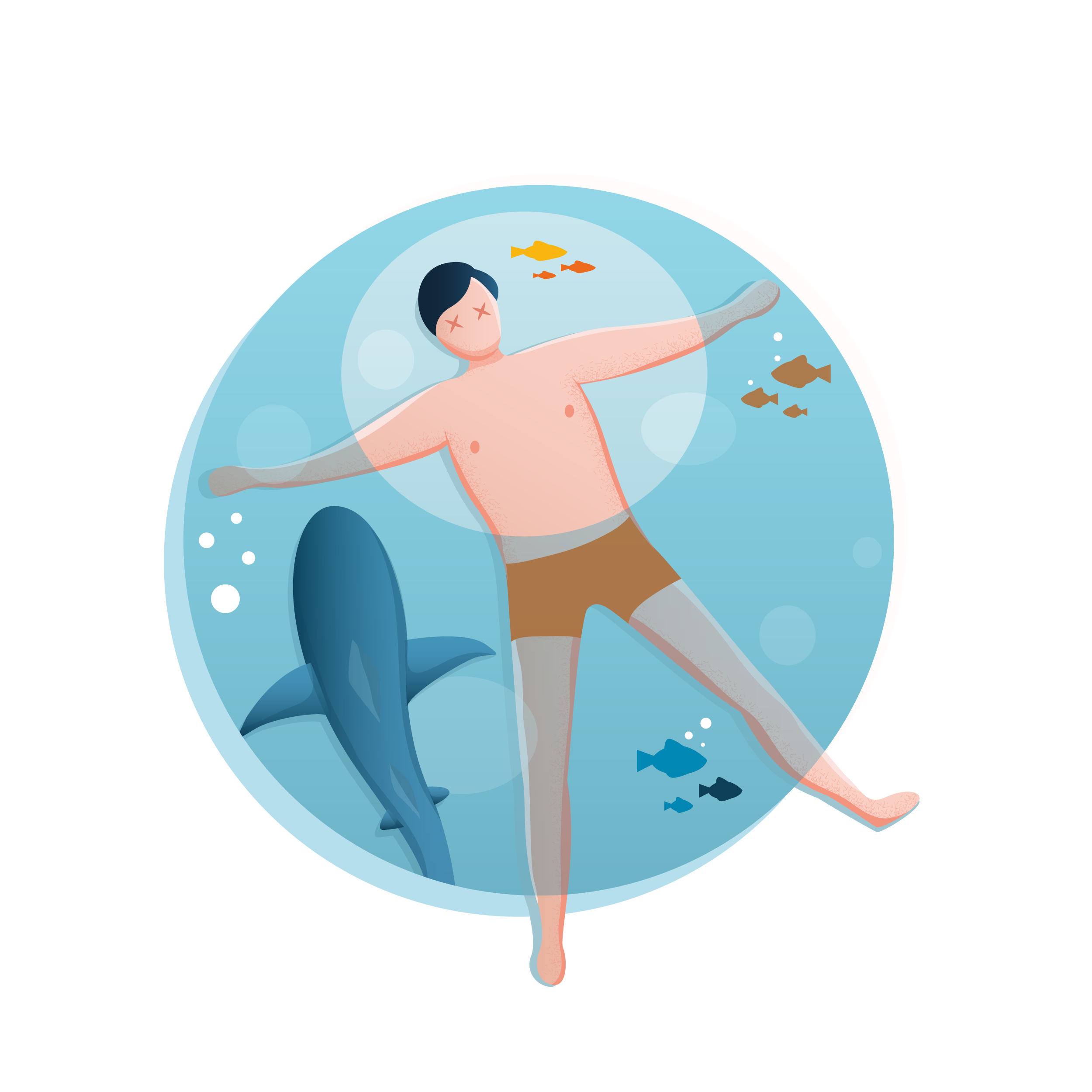 Don't play dead!
This works for bears, but not sharks. 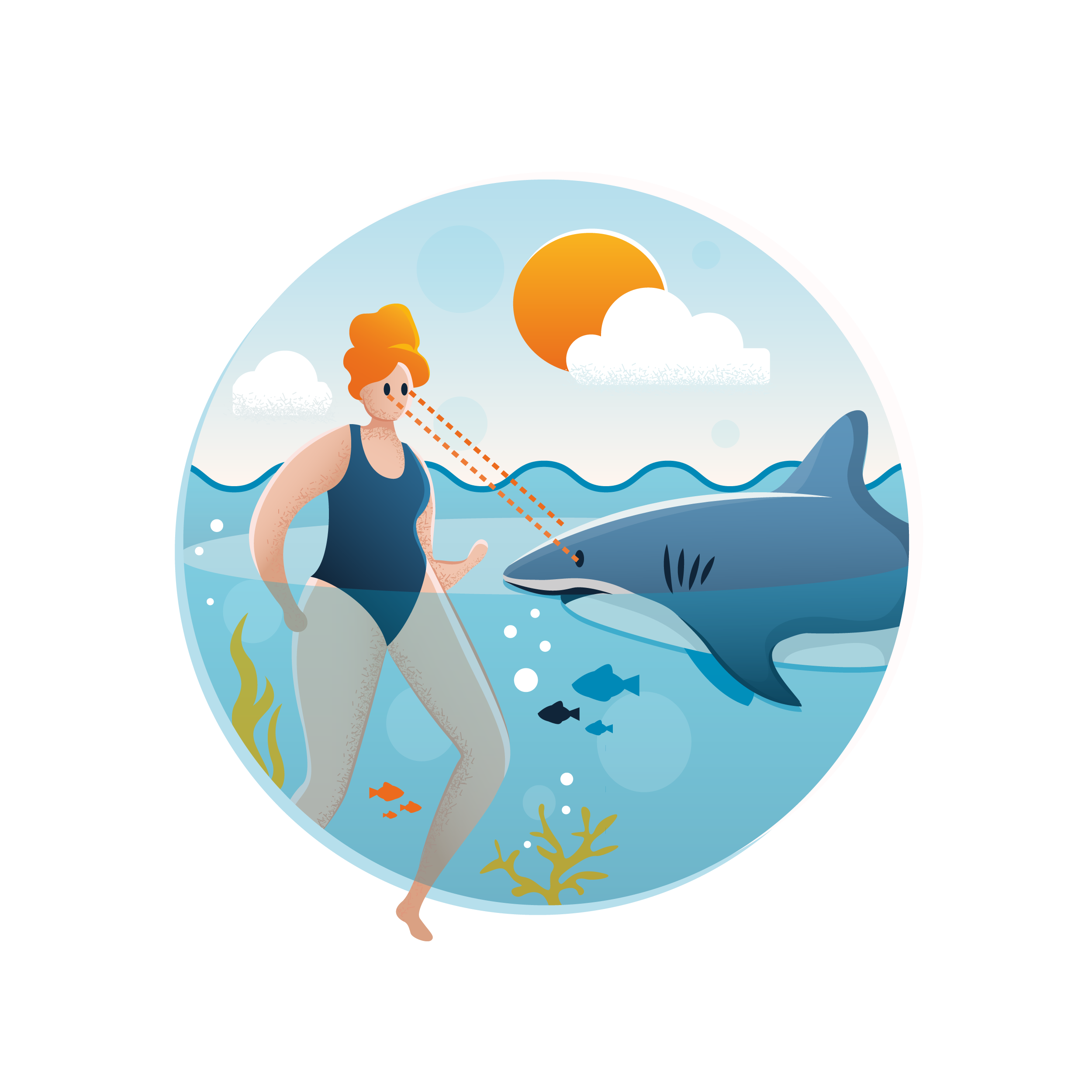 Maintain Eye Contact
If shark circles or bumps you, it will attack. 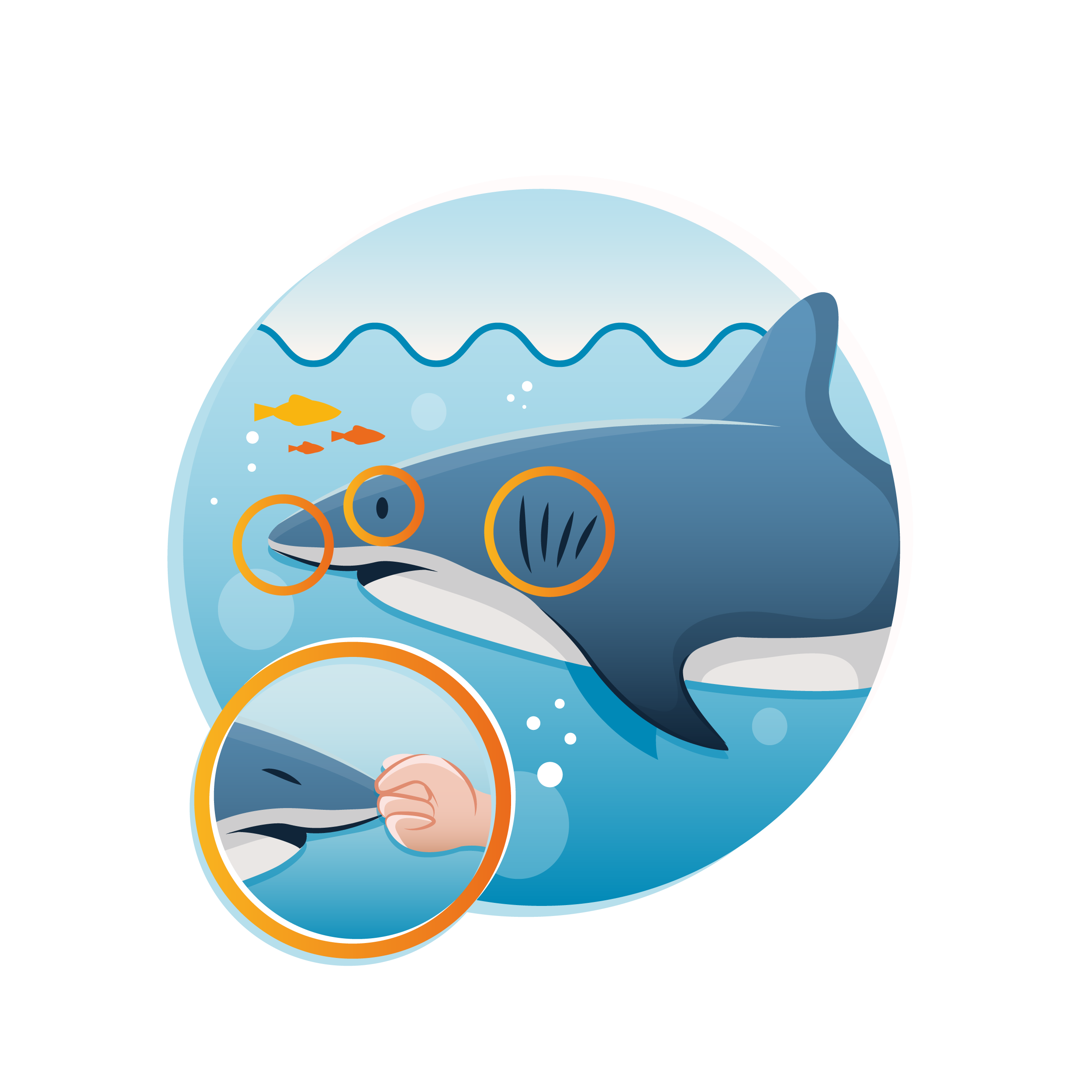 Fight
Use hard objects (or your hands) and jab nose, gills, and eyes.

All bites are not equal
Try to make sure the shark is not able to bite your neck or face. 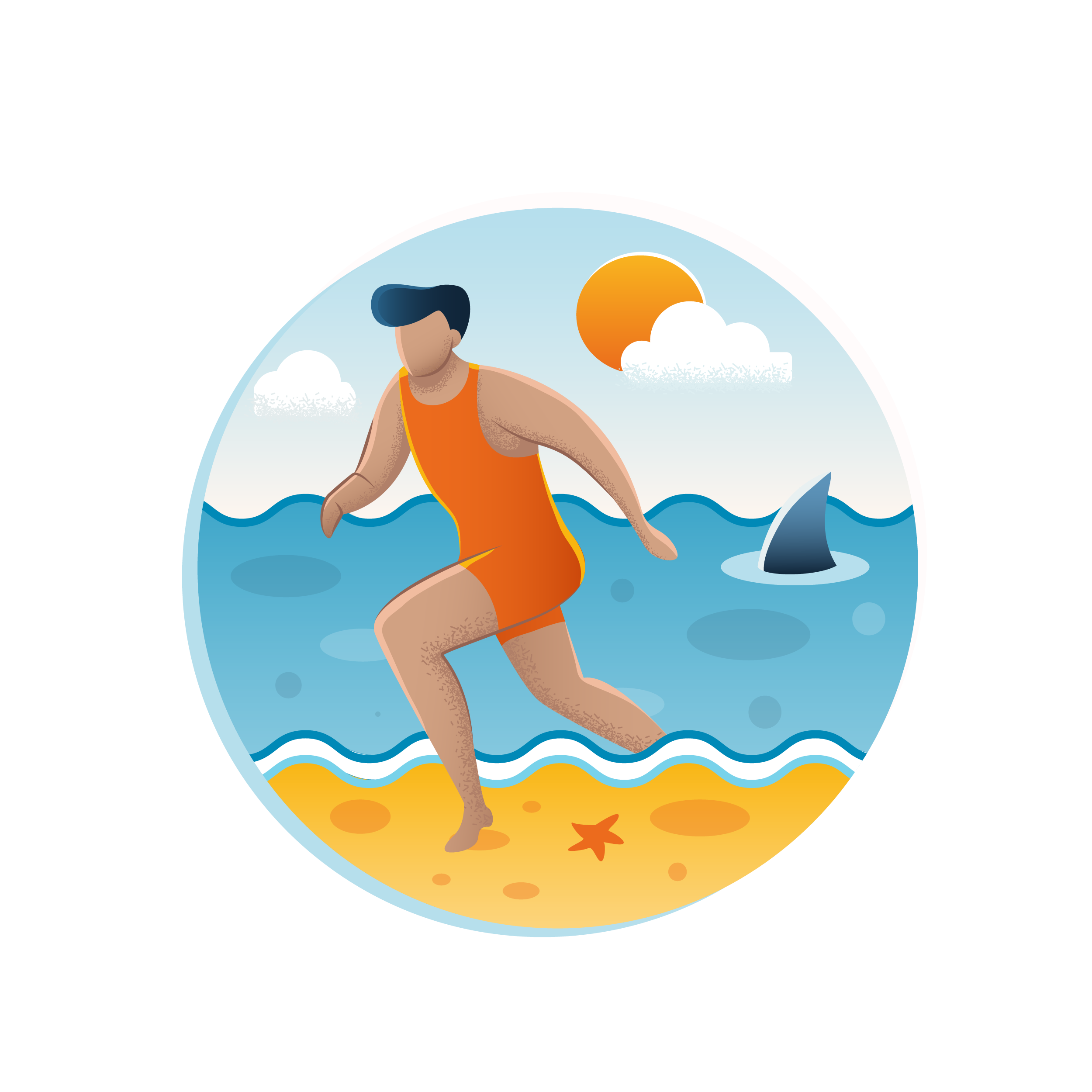 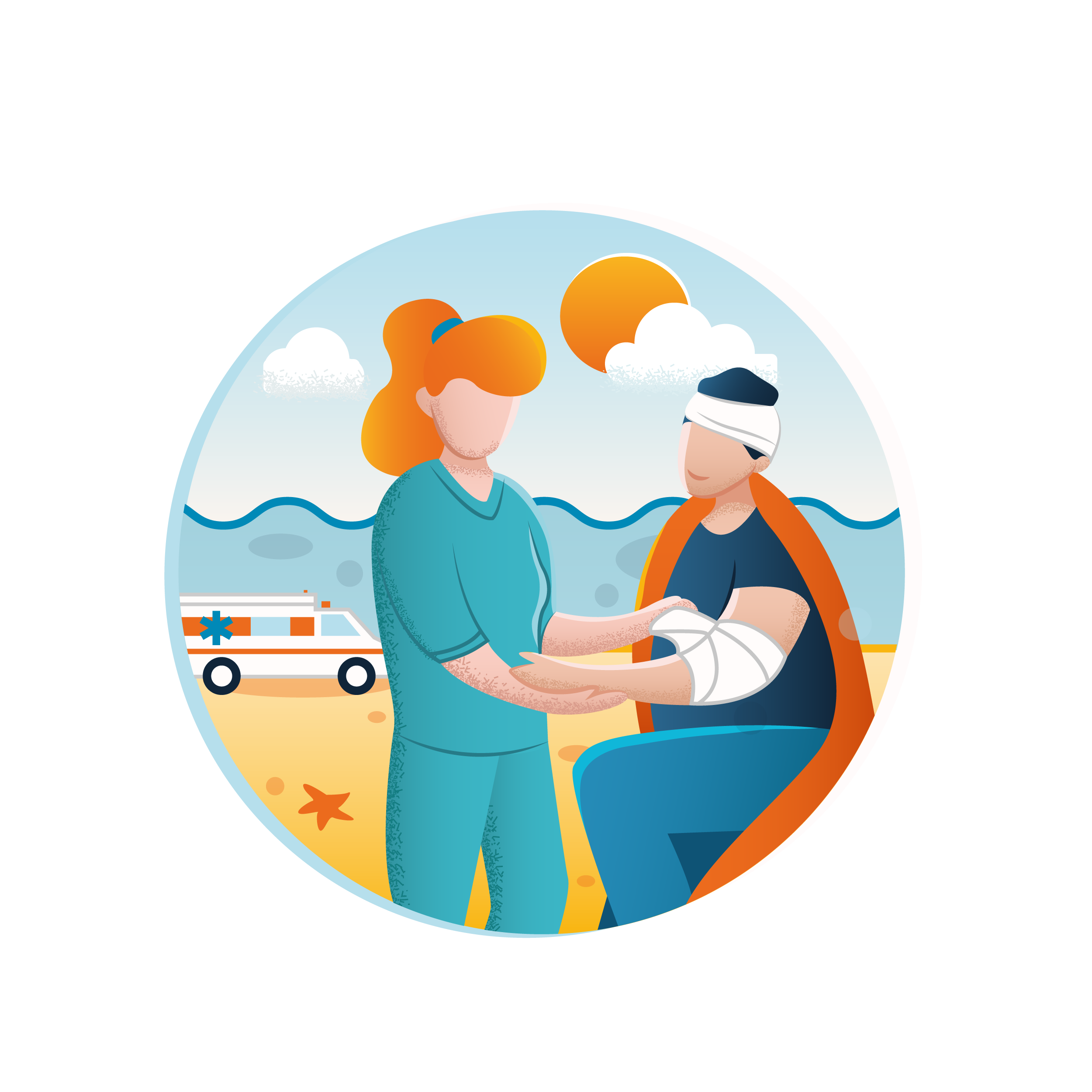 Get help, apply pressure & stay warm
Call an ambulance, stop the bleeding, and try to prevent shock.
Sharks are a vital part of the oceanic ecosystem and should not be feared. As the statistics clearly communicate above, the odds of being attacked by a shark are extremely small. Don’t fear the sharks, but do respect them and heed local warnings.